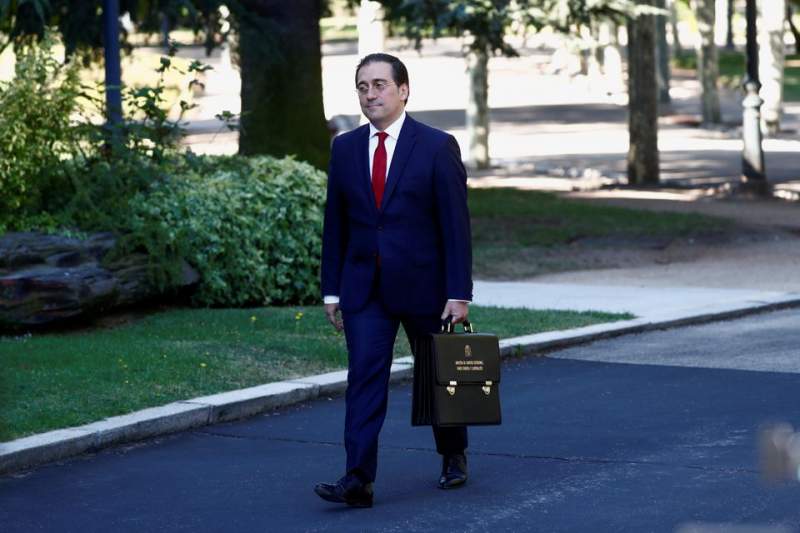 Spanish Foreign Minister arrives in Pakistan to arrange the evacuation of Afghans that helped Spain.

Spanish Foreign Minister Jose Manuel Albares arrived in Pakistan today, Friday, September 10, to ask for help in securing the evacuation from Afghanistan of people who worked with Spanish forces there.

Spain says it has already evacuated more than 2,200 people from Afghanistan, most of them Afghans at risk of reprisals from the new Taliban rulers for having worked for Spanish forces, the Spanish embassy, European Union institutions or U.S. forces during 20 years of NATO presence.

“I’ll try to find safe ways to leave for the Afghans who helped us, with the aim of not leaving anyone behind,” Albares said in a video posted on Twitter.

He was due to meet Pakistani Prime Minister Imran Khan, Foreign Minister Shah Mehmood Qureshi and Army Chief of Staff General Qamar Javed Bajwa to tell them Madrid would take care of Afghans who had worked with Spain crossing into Pakistan.

In a video released by the Spanish ministry, Albares said that the goal was to hold talks “with one of the main key players in the region” and find ways to “leave no one behind.”

The minister said he would give assurances to the Pakistani government that Spain”s embassy would deal fast with Afghans who worked for the country in order for them not to become a burden for Pakistan.

Albares” is the first trip by a Spanish foreign minister to Pakistan in 70 years of diplomatic relations.

Spain sent 27,000 troops to Afghanistan over almost 20 years of involvement in the conflict, and 102 of its soldiers died there.