The hottest town in the whole of Spain 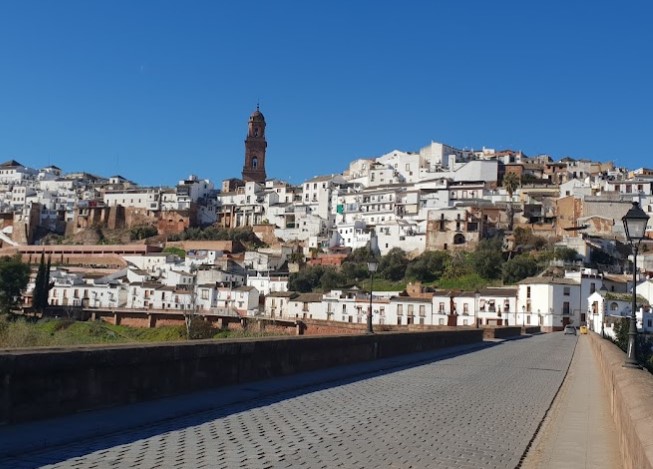 The hottest town in the whole of Spain. image: google

Every Summer in Spain there is a town whose thermometers always mark the highest temperatures in all of Spain, in Montoro, a town of just under 9,300 inhabitants located in the north of the province of Cordoba.

From the pronounced meander of the Guadalquivir river in which the town is located, the inhabitants of Montoro are almost every year condemned to withstand temperatures above no less than 45°C degrees Celsius, and as if that were not enough, in 2017, the town broke a historical record with temperatures above 47°C, while this year, 2021, the mercury reached a staggering 47.2°C, breaking the record, according to AEMET.

Aside from the ‘honour’ that Montoro holds in climatological matters, the °truth is that the municipality is also distinguished by a rich historical past, as its settlement dates back to at least 4,500 BC, a time when some Iberian remains – architectural structures and funerary furnishings – found in the nearby Llanete de Los Moros are dated, but it was later believed that the true origin of Montoro dated back to a hypothetical Greek colony, and the Romans, Visigoths, and Muslims, have all dominated the town.

Perhaps, however, the best-known event that took place in this Andalucian town took place during the War of Independence and earned it the title of “Very Noble, Loyal and Patriotic”, when apparently, its inhabitants, after learning of the outrages of the Napoleonic troops in the city of Cordoba, decided to apply a strategy consisting of making the French soldiers feel welcome and then ending the lives of as many as possible.

Today, Montoro is a pleasant town with a typically Andalucian appearance, with a majority of small whitewashed houses dominated by the stone tower of the Church of San Bartolome, and it has a beautiful historical complex worth visiting.

It is surrounded by natural spaces of great value, and even the meander of the river itself has the status of a natural monument, to which is added its ethnographic interest, with particular festivals and pilgrimages and a rich tradition of Holy Week, in which numerous baroque carvings run through the streets of the town, as reported by 20minutos.es.