Toyota Corolla Touring Sport – a car for all reasons 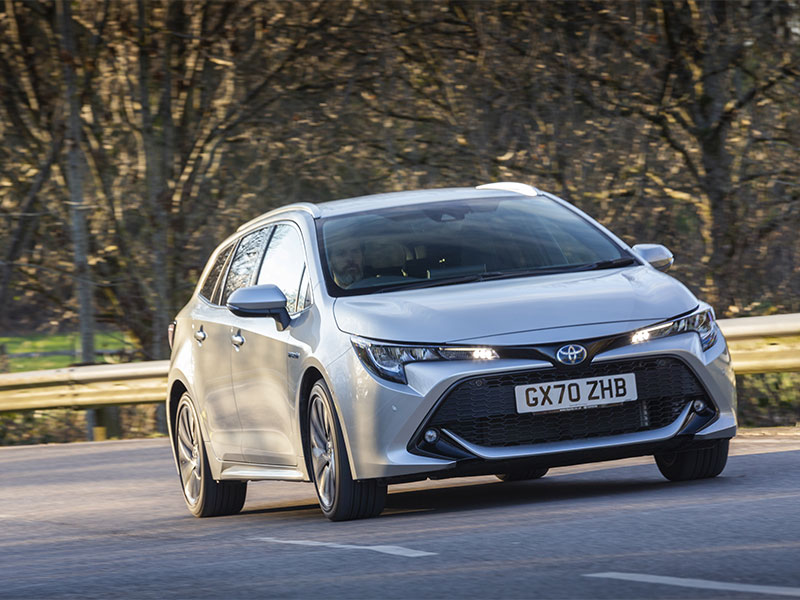 The term Tourer is used a lot nowadays and essentially means a small estate car. That might seem a bit of a contradiction, but most people don’t need the extra space offered by a traditional estate car, they just need that little bit of additional practicality.

Whether for family sporting activities, weekends away or that extra load of gardening rubbish to the local tip, the Tourer offers a neat bridge between a normal car and a potentially larger than required SUV or estate.

One of the best Tourers in terms of that additional little bit of practicality is Toyota’s Corolla. The Corolla name has been a mainstay in Toyota’s sales lists for decades, a slight Auris related intermission apart, and a popular addition to many driveways up and down the country. In its current hybrid guise the range of Corolla Tourers start from €30,036/£25,755 and ends with my top-line Excel version with 2.0-litre petrol power costing €37,272/£31,960.

Engine choices are 1.8-litre 122hp or 2.0-litre 184hp petrol engines, both mated to automatic transmissions. Toyota’s hybrid system starts the car in EV mode and introduces the petrol engine once moving above what might be termed car park speeds. While cruising, the petrol engine and electric motor are used independently according to demand, accelerate and both cut in to provide power, when decelerating the car goes to electric power only.

It’s a clever system that’s not only efficient but manages, unless you’re constantly using full throttle, to use electric power for a surprising amount of driving. As a hybrid it removes range anxiety and makes the Corolla a true car for all journeys, whether long or short.

Inside there’s a feeling of quality in the build and materials with a usefully large touch screen, unusually for a Japanese car pretty intuitive to use, and some buttons. Hurrah! It’s a smooth performer with very decent acceleration and there’s even a vaguely sporting version.

The only downside was the darker interior of my test car made one of my passengers feel a little on the claustrophobic side, but lighter colours are available. Overall this is an eminently sensible and practical choice on so many levels.