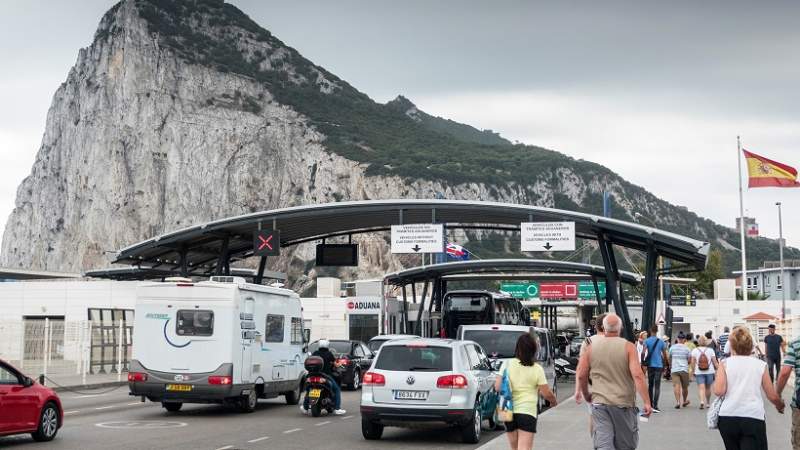 UK considers changes to Gibraltar’s Border which are “similar” to those made by Spain.

The United Kingdom says it is considering making changes to the Gibraltar border “similar” to those put forward by Spain. The main points highlighted in the proposals were:

2. More space for road improvements to the new tunnel under the runway.

3. An enlargement of the container terminal in anticipation of a higher volume of imports.

This has been explained by the Gibraltarian Government in a press release in which it underlines that a series of changes in the infrastructures both at the border and in the Port are under study with a view to halting the failure of the Treaty negotiation .

The proposal currently being considered consists of building an extension of the pedestrian entrance building to house a series of automatic border control gates that could be used in the event of no agreement- this is similar to what has been done on the Spanish side.

In addition, the Customs section could be temporarily moved from its current location to this expanded building in order to make room to be able to undertake road works aimed at improving the flow of inbound traffic to the new tunnel that runs under the runway.

This coincides with discussions to improve and reform the port’s container terminal in order to manage the greater volume of imports expected to arrive by sea in the event of no agreement.

The proposal includes the resurfacing of part of the terminal, as well as electrical works aimed at providing connection points for a  greater number of containers that transport frozen and refrigerated products.

All of these improvements were on the table on the afternoon of Thursday, September 9, at a meeting of the Board of the Council for the Preparation for a Non-Negotiated Outcome (NNO), which was jointly chaired by the British Minister for Europe, Wendy Morton, and by the Principal Deputy Minister, Joseph García- Gibraltar’s chief minister, Fabián Picardo, made an appearance at the beginning of the meeting to welcome the minister and the members of the Board.

“On September 10, 1967, we made a decision. We chose to remain British. And today we commemorate and celebrate that election. In the same way, our ancestors said then,  we are clear about it.

“We will be clear in that negotiation:  only we will decide who enters or does not enter Gibraltar. We will never cede that decision-making power to anyone. Because there is a  sacred reason why this is our land. Because it is the cemetery of our ancestors. It is the land that we will bequeath to our children and our children’s children. And that is why you have my word and the word of the Government that I address that what we will never do is give away fundamental lands,” “said the chief minister.

The role of the Board is to draw up plans for the possibility that no agreement is reached on Gibraltar’s future relationship with the European Union.