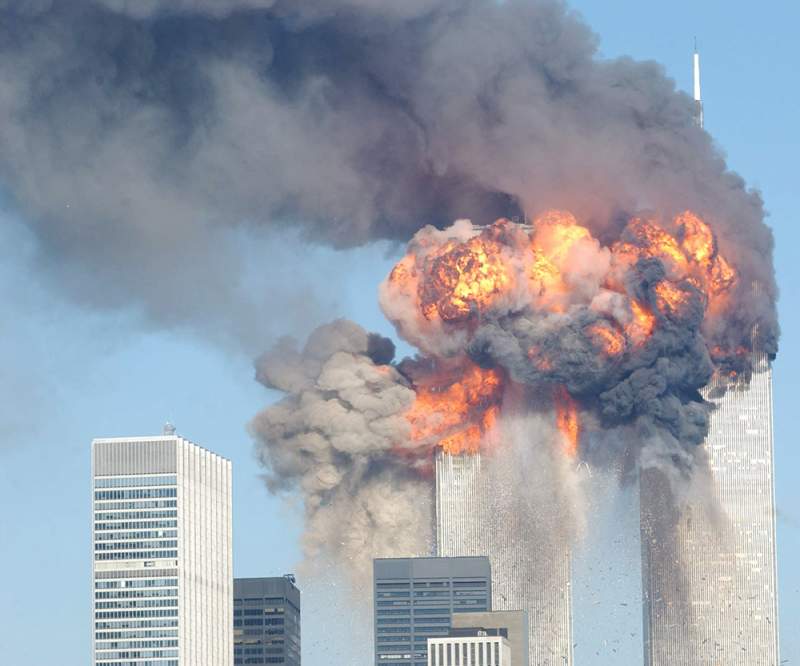 America marks the 20th anniversary of the 911 terrorist attacks at the World Trade Center. image: Pixabay

America marks the 20th anniversary of the 9/11 terrorist attacks on the World Trade Center on Saturday, September 11.

Today, Saturday, September 11, 2021, marks the 20th anniversary of 9/11, the largest terrorist attack in history. On that Tuesday morning, September 11, 2001, a total of 19 al-Qaeda terrorists hijacked four American commercial flights destined for the West Coast and intentionally crashed them.

Disturbing memories were bought back as ITV broadcast 9/11: Life Under Attack on Tuesday, September 7, as a lead into Saturday’s forthcoming commemorative ‘celebrations’.

In the space of less than 90 minutes on a late summer morning, the world changed. Nearly 3,000 people were killed that day and the United States soon found itself mired in what would become the longest war in its history, a war that cost an estimated $8 trillion.

The events of 9/11 not only reshaped the global response to terrorism, but raised new and troubling questions about security, privacy, and treatment of prisoners. It reshaped US immigration policies and led to a surge in discrimination, racial profiling, and hate crimes.

When President George W. Bush addressed Congress and the nation on September 20, 2001, he made a case for a new kind of military response; not a targeted airstrike on a single training facility or weapons bunker, but a wide-ranging global War on Terror.

“Our war on terror begins with al Qaeda, but it does not end there. It will not end until every terrorist group of global reach has been found, stopped and defeated,” said President Bush.

When American troops invaded Afghanistan less than a month after September 11th, they were launching what became the longest sustained military campaign in U.S. history. The fight in Afghanistan had support from the American people and the backing of NATO allies to dismantle al Qaeda, crush the Taliban and kill Osama bin Laden, the murderous mastermind of the 9/11 attacks.

A U.S. military C-17 carried the last American troops out of Afghanistan on Monday, marking the formal end of the longest war in U.S. history but leaving between 100 and 200 Americans and tens of thousands of America’s Afghan allies to face a future of uncertainty and danger.

The final U.S. withdrawal came one minute before the Aug. 31 deadline set by President Biden, an exit under the persistent threat of terrorist attacks that already had claimed the lives of 13 American service members and more than 200 Afghans, who were killed in a suspected Islamic State suicide bombing at the Kabul airport on Thursday, August 26.

The Patriot Act was passed just six weeks after 9/11 as lawmakers scrambled to fix the intelligence failures that allowed known terrorists to enter the United States and execute the deadliest plot in American history.

The highly controversial act authorised a host of sweeping changes in how domestic intelligence agencies like the FBI conducted surveillance. Long-standing rules meant to protect Americans from “unreasonable search and seizure” were loosened or thrown out in the name of national security.

After the hijackers apparently easily board commercial aircraft with crude weapons and force their way into the cockpit it was clear that 9/11 was both a failure of America’s intelligence apparatus to identify the attackers and a failure of airport security systems to stop them.

Jeffrey Price, a professor of aviation and aerospace science at Metropolitan State University and a noted aviation security expert said: “Airports had security departments and employees wore badges and they did screenings, but none of it was nearly at the level of what we do today.”

The fabric of American life has changed forever

Americans who have been inspired by jihadist ideology have killed 107 people in domestic terrorist attacks (as of September 2020).

Almost half those deaths occurred in one horrific shooting at the Pulse Nightclub in Orlando, but there have been no large-scale terrorist attacks on U.S. cities like the ones many believed would inevitably follow September 11th.

The security measures put in place after 9/11 appear to have foiled or discouraged other ambitious plots by foreign agents on American soil. But in the process, the country has since faced an “endless” War on Terror that has indelibly altered the fabric of American life.

Two more victims of the 9/11 terrorist attacks at the World Trade Center have been identified in New York City — just days before the nation marks the 20th anniversary of the tragedy.

Dorothy Morgan of Hempstead, N.Y., is the 1,646th victim to be identified through ongoing DNA analysis of unidentified remains recovered from the World Trade Center site, where 2,753 lives were lost. The second person — and the 1,647th victim — is a man whose name is being withheld at his family’s request.

“Twenty years ago, we made a promise to the families of World Trade Center victims to do whatever it takes for as long as it takes to identify their loved ones, and with these two new identifications, we continue to fulfil that sacred obligation,” said Dr Barbara A. Sampson, chief medical examiner of the city of New York.

According to The New York Times, forensic scientists are testing and retesting more than 22,000 body parts that were recovered from the World Trade Center site. Much of the testing is done using bone fragments the size of a Tic Tac.

The longtime effort to identify victims of the World Trade Center attacks is considered the largest and most complex forensic investigation in U.S. history, according to New York City’s Office of Chief Medical Examiner.