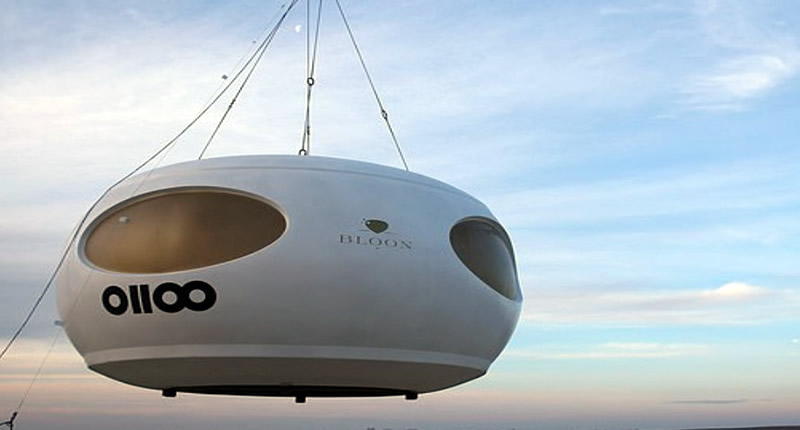 The province of Jaen could well be the new Spanish space capital, thereby making Andalucia the headquarters for trips to outer space in our country, as a company called Zero 2 Infinity, that works with helium balloons has joined the commitment to space travel, something which it will present at Sutus 2021, the Space and Underwater Tourism event that will be held from 22 to September 24, in the city of Marbella, in Malaga province.

This project that places Jaen as the epicenter of action is called ‘Bloon’, and it aims to offer the experience of climbing to an altitude of 36 kilometres, above the controlled airspace, and below the satellites, in a trip that will last six hours in a helium balloon with a pressurised capsule.

In a statement from Sutus, they explained that this project offers the possibility of knowing the ‘overview effect’, that of seeing with our own eyes that the Earth is round and blue, seeing how thin the layer of the atmosphere is, and observing that the sky is full of stars yet is also black during the day.

The price of each trip per passenger will be about €110,000, and unlike other proposals with rockets that require a high physical level, the company ensures that almost everyone can fly in ‘Bloon’, with the trip taking three hours to climb to the proposed altitude, and then two hours more to enjoy the panorama, with the descent, once the capsule is detached from the balloon, done with a parachute.

Space engineer Jose Mariano Lopez-Urdiales founded the Zero 2 Infinity project in Barcelona in 2009, relying on some thirty partners, but especially on a Spanish company, Ultramagic, that is the leader in the manufacture of manned balloons.

The operations base is located in the Jaen municipality of Villacarrillo, where the ‘Atlas’ Experimental Flight Centre already exists, with its infrastructures of hangars, an aerodrome with two tarmac runways of 600 metres, and a 400 metre grass runway, with a control tower, and the possibility of operating for more than 300 days a year.

Lopez-Urdiales hopes to take advantage of the reputation and high influx that Andalucia already has for tourists with high purchasing power, and the good climate the region enjoys.

This second edition of Sutus will have a hybrid format, with a first face-to-face session, on September 22, at theLes Roches Marbella campus, and two more virtual ones, on September 23 and 24, and to attend all three days you can book in advance through the virtual platform of Medina Media Events.

Sutus 2021 will bring together space agencies such as the American NASA, the European ESA, and the Japanese JAXA, in addition to a score of space and underwater projects from the United States, China, France, Indonesia, Italy, and Spain, among other countries, as reported by elmira.es.