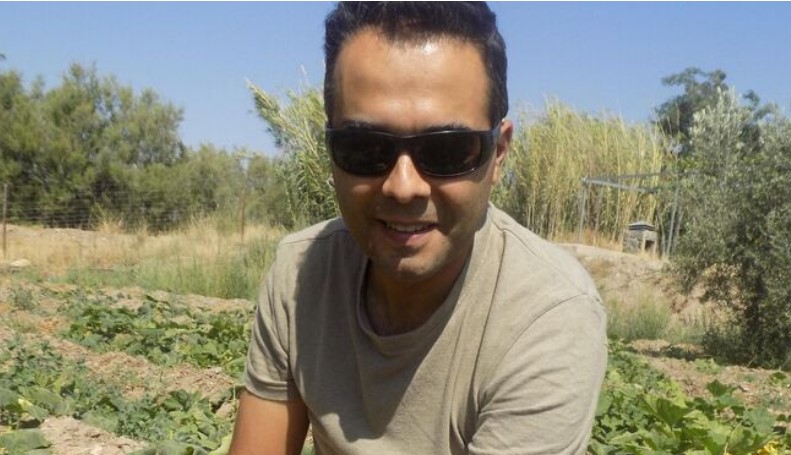 CARLOS MARTINEZ was the firefighter who grew vegetables on his farm in Almeria, and tragically died while battling the Sierra Bermeja fire

Carlos Martinez Haro, aged 44, was the brave firefighter from Almeria, who tragically lost his life while engaged in combatting the awful fire in Sierra Bermeja district of Estepona in Malaga province last Thursday, September 9.

A native of the municipality of Escullar, one of the three nuclei that make up Las Tres Villas, Carlos was the father of two daughters aged six and nine, was a forestry officer for six years, serving at the Dalias checkpoint, which in turn belongs to the CEDEFO (Forest Defense Center) of Alhama, before eventually working for Infoca, during the months of greatest fire risk in Spain.

Before moving to Aguadulce in Roquetas de Mar, where he had currently resided, Carlos had a 6,000m² ecological vegetable farm in Escullar, where, since 2013, he had been cultivating vegetables in a totally ecological way, mainly planted tomatoes, squash, and other vegetables, telling Diario de Almeria one time that “even the compost from the land comes from the manure produced by the herds of the area”.

A minute’s silence was observed on Friday, September 10, by his colleagues at the forest defence centre in Cedefo in Alhama de Almeria, an event that was attended by Maribel Sanchez Torregrosa, on behalf of the Junta de Andalucia, who paid the respects of the government towards Carlos, while sending condolences to his family.

Rafael Yebra, director of the Infoca Plan Operational Center in Almeria, announced that all the forest firefighters sent “their deepest condolences for the sad fact”, who had previously all observed a minute’s silence in memory of their comrade.

Also present were Marta Bosquet, president of the Parliament of Andalucia, Aranzazu Martin and Raquel Espin, the territorial councillors of Agriculture, Livestock and Fisheries, and of Sustainable Development, as well as Juan de la Cruz Belmonte, the councillor of Health and Families, plus Jacobo Acosta, the coordinator of 112 in Almeria, and Cristobal Rodriguez, the mayor of Alhama de Almeria.

Virtudes Perez, the mayor of Las Tres Villas, told Europa Press that the flags in the municipal offices are already waving at half-mast, with black crepe, to reflect the pain of this municipality of just 500 residents, “where we are all very affected”, having decreed three days of mourning.

Perez said, “In small towns, those who are not family on one side are family on the other, and today the spirits in the district of Escullar are thrown to the ground”, explaining how the family, “are very well known in the area, it is spectacular of good people”, recalling how Carlos spent his summers in the streets of the town, “always close to the one who is now my councillor, Ivan Felix Jimenez”, pointing to the consternation that his death caused in the neighbourhood, “we are broken”, as reported by malagahoy.es.