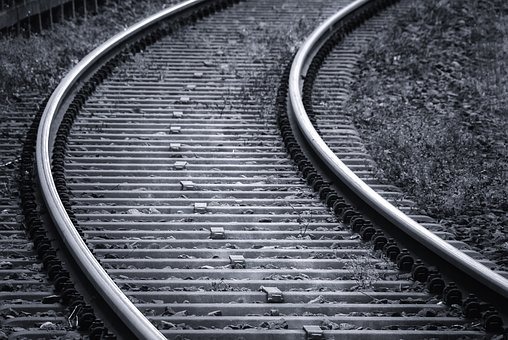 A cat that was missing for three months has been found 114 miles away and his owners think he caught the train there.

Eddie and Karen Marshall, who live next to a train line, think their three-year-old tabby cat, called Toby, might have got on a train when he was lost.

“He just bolted straight out the window and we went straight out looking for him but we couldn’t find him anywhere,” Eddie said.

“We did as much as we possibly could to try and find him during that day, he was nowhere to be found.

“The first few days we went round all of the local estates and put flyers out, our friend helped us out and we put them through all the doors of neighbouring streets.

“We received quite a few calls from people saying they think they had seen him, we were going out dusk and dawn to try and find him.

“The Sunday after he went missing we got a call from someone pretending to be from the RSPCA and he told us that Toby had been injured in a road accident.

“But he told us to go to a road that doesn’t exist and was asking for card details for a charge of £30 and told us if we didn’t pay then the cat would be dead within 24 hours.

“It got to the point where we was beginning to lose a bit of hope, but then the phone rang whilst I was driving home from work.

“We got a call from a vet which is down near Silverstone, and is around 114 miles away, to say one of the vets there has got our cat.

“With what happened with the scam, I was wary but we checked all the vet details and it checked out.

“It was exactly one year from when we got him that we got the call, it was almost written in the stars.

“There were tears when the vet put him on the table, he even ignored his food and came straight up to us, it was a miracle to even see him and heart-lifting.”

“We’ve got a theory as to how he went missing, where we live in Crewe we back on to the Chester to Crewe line and it’s also got the works behind us.

“My brother is a bit of a train spotter and works on the railways and he was telling us that the engines get checked in overnight for electric works and they actually go down that way, which is near where Toby was found.

“The vet told us that a lady had been looking after him for a month down there, but couldn’t reveal her name due to regulations.”