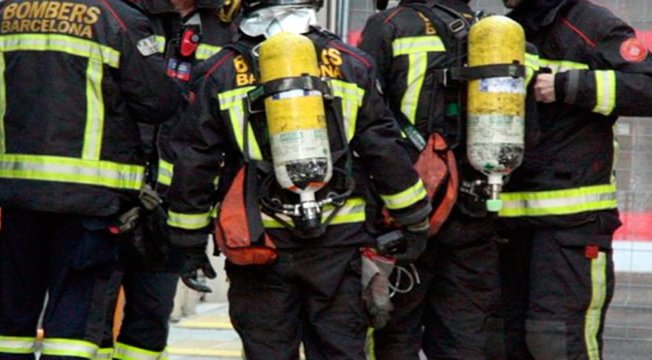 A HOUSE FIRE that broke out in the Barcelona neighbourhood of Olesa de Montserrat on the evening of Saturday, September 11, left one person dead and another 18 injured, three of them critical

As reported by the Olesa City Council and the Fire Brigade of the Generalitat, a 71-year-old woman has died and another 18 people have been injured – three of them in critical condition and another serious – after a fire broke out last night, Saturday, September 11, in an apartment in the Sant Bernat de Olesa de Montserrat neighborhood of Barcelona, which led to the evacuation of all the residents of the building.

The blaze is known to have started at around 9.52pm, on the first floor of an apartment located at No22 Calle Jaume Duran, with the flames and smoke spreading quickly through the facade and the staircase, forcing all the residents to evacuate, 13 of whom had to be relocated for the night, but the cause of the fire is still being investigated, but fire crews spent until 3am on Sunday morning extinguishing the flames.

A total of 14 ambulances and 14 fire engines were mobilised to the scene, and of the 18 injured, seven were transferred to various hospitals, while the others were treated and discharged by the Medical Emergency System (EMS) at the scene.

Several of the neighbours had to confine themselves to their apartments due to the intense smoke that rose from the first floor, since they could not get out by the stairs, until they were eventually evacuated by the fire brigade, and Olesa City Council relocated 13 people from five families to a hotel in Martorell, as they did not have an alternative place to spend the night, as reported by elperiodico.com.