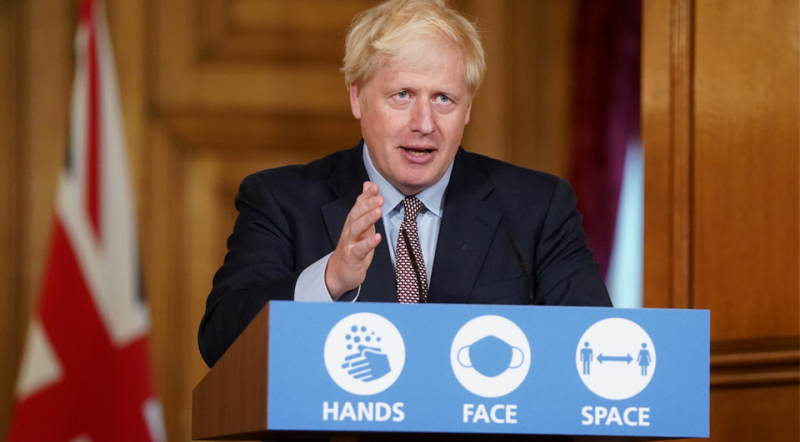 Prime Minister partied at No 10 during first lockdown. image: No 10 wikicommons

Boris Johnson is to scrap vaccine passports as he prioritises the UK’s winter booster programme.

According to ministers familiar with the matter, the PM will instead hand out booster jabs in an attempt to prevent the UK from being plunged into yet another lockdown.

The third set of inoculations- so-called booster jabs- are expected to be given the go-ahead by the Joint Committee on Vaccinations and Immunisation next week.

If approved, these booster vaccinations could be quickly rolled out to more vulnerable Britons in two weeks time.

The move to curb the executive’s power to shut down the UK’s economy comes after the Prime Minister is reported to have been desperate to avoid any future lockdowns. Many of his Conservative colleagues have been critical of any further extensions to the emergency powers.

Earlier this month, Mark Harper from the Covid Research Group told the Financial Times the so-called Coronavirus Act represented “the most draconian detention powers in modern British legal history.”- it appears now that the Prime Minister is following suit.

“These extraordinary times required necessary but intrusive measures. But I’m determined to get rid of any powers we no longer need,” said Mr Johnson, who took the opportunity to also thank the British people for their efforts since the pandemic arrived in the UK in March 2020.

“Thanks to the efforts of the public, the NHS and our phenomenal vaccination programme, we reached Step 4 in our roadmap and life has a sense of normality,” he added.

The Medicines and Healthcare products Regulatory Agency (MHRA) announced recently that the booster shots have been approved on an emergency basis. So far it is not yet known which groups of patients the booster shots have been approved for, but the MHRA has said that this decision will sit with the Joint Committee on Vaccination and Immunisation (JCVI).