Spain is in the process of building smarter cities 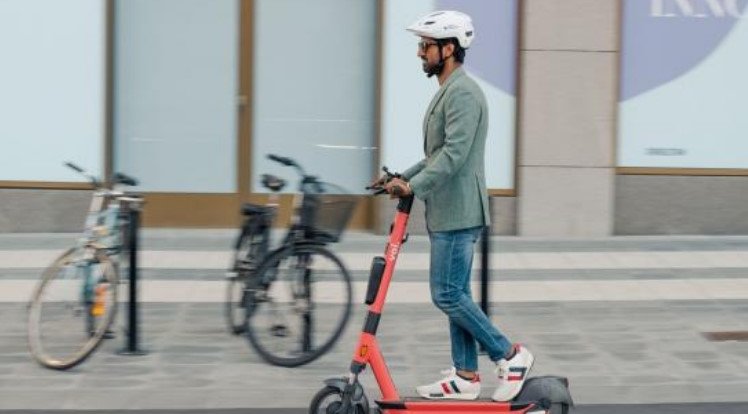 Spain is in the process of building smarter cities. image: voi

The presence of motorised vehicles, and the increase in the volume of traffic due to the need to complete mandatory daily journeys – such as going to and from work – collide head-on with today’s governments’ objectives of reducing emissions and improving pollution levels, especially in large urban centres.

This has led, in the last few years, to an increase in another form of mobility that has burst into this type of city, where cycle lanes have prompted citizens to move to more sustainable means of transport, and urban transport is the order of the day, with electric bike and scooter rental companies playing a crucial role within this new configuration.

Charlotte Serres, the general director of Voi Technology in Spain and France, one of the companies involved in this new approach, said, “People want to move freely and comfortably, leaving aside the private car, and replacing it with public transport, scooters, bicycles, as well as journeys on foot. We believe that it is important to offer citizens what they are demanding, and to facilitate their access to micromobility”.

Based on the concept of 15-minute Cities, their model consists of making mobility available to citizens that allows them to access the services they need in a maximum of 15 minutes, thanks to the combination of public transport, scooters, bicycles, and journeys on foot,  employing ‘multimodal mobility’ to contribute “to the creation of safe, sustainable and accessible cities”.

Voi already has a presence in Seville and Malaga, and hopes to expand to other Spanish cities soon, “Spain is in the process of building smarter cities, and our intention is to work hand in hand with governments to respond to people’s needs in a simple and sustainable way”, explains Serres.

Implementing the idea of 15-minute Cities is something that has become important to governments in all cities, but more so in those the size of Madrid, Barcelona, and even Zaragoza, although the general director of Voi confesses that there is still a lot to be done, trusting that governments “promote regulatory homogenisation to offer users a consistent, practical and safe framework”.

Educating users of this type of VMP in safe driving, they have launched an online school to teach users to learn and respect traffic rules and drive scooters correctly, as well as developing a road safety report and a strategy to reduce the accidents of electric scooter users to zero, as reported by 20minutos.es.