The military (UME) mobilised to tackle the Sierra Bermeja blaze 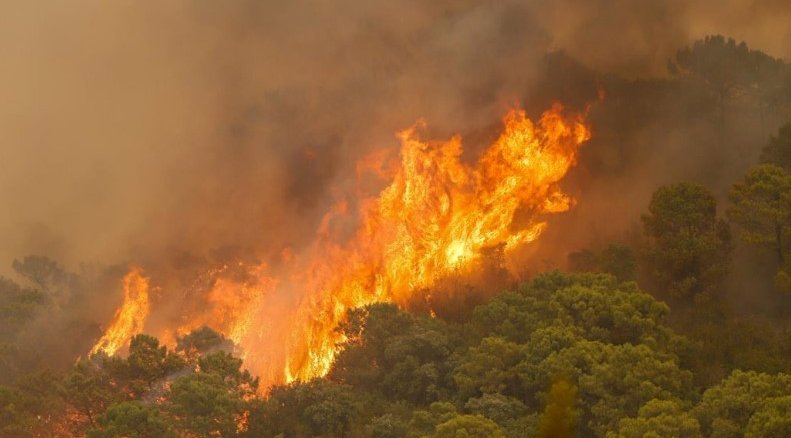 Today, Sunday, September 12, has finally seen the deployment of 256 troops from the  Military Emergency Unit (UME), through the National Civil Protection System, to help combat the blaze in Sierra Bermeja that has been burning out of control and is into its fourth day.

According to 112 Emergencies Andalucia, these soldiers are from the II Emergency Intervention Battalion, and 128 of them are reportedly already on the ground fighting the fire, with their task being “to protect the populations of Jubrique, Fajaran, Genalguacil and Pujerra“, after the evacuation took place of residents from these areas today, under the instructions of the Directorate for the extinction of the Infoca Plan.
Today’s mobilisation of the military came after a request for assistance to the government from the Junta de Andalucia, just before another fire was reported to have broken out in Jubrique at around 2am on Sunday morning, which has ‘merged’, with the original blaze.

Another 128 troops are due to arrive later today, who will tackle the fire from the northern side, thus establishing the fight on two fronts, with 112 reporting that the operatives will work in two shifts, “one day, and one night”, with heavy machinery also being brought in to aid the 350 Infoca firefighting personnel who are already in action on the ground.

It is reported that currently there are 20 fire engines, three bulldozers, a Mobile Meteorology and Transmissions Unit (UMMT), the Unit for Analysis and Monitoring of Forest Fires (UNASIF), ten operations technicians, three extinguishing technicians, along with aerial assistance from 41 assets, including heavy and semi-light helicopters, and cargo aircraft.
The Ministry for Ecological Transition and the Demographic Challenge has contributed two BRIFs made up of 43 extinction professionals and 16 aerial means, plus, Castilla La Mancha has sent four Zapatones planes, as reported by malagahoy.es.