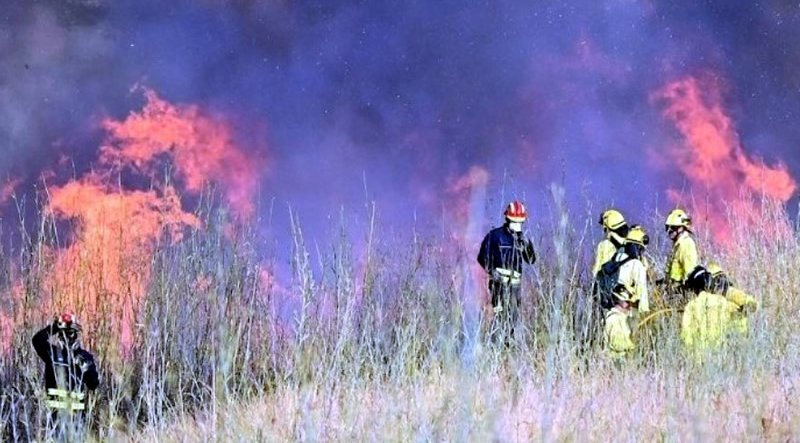 AUTHORITIES have told more than 1,000 residents who had been evacuated because of the Sierra Bermeja fire that it is safe to return to their homes

Authorities have told more than 1,000 people who had to be evacuated from their homes due to the spread of the forest fire in Sierra Bermeja, which started last Thursday, September 9, have been told late this Sunday night (September 12), that they can now return safely to their homes, specifically those in the areas of the Forest Hills and Abejeras urbanizations in Estepona, and the Montemayor urbanization in Benahavis.

Elias Bendodo, the Minister of the Presidency, Public Administration, and Interior of the Junta de Andalucia, together with Carmen Crespo, the head of Sustainable Development, made the announcement that the southern front of the fire is “practically stabilised, and so it already allows the rehousing of these people”.

Firefighters of the Provincial Consortium of the Diputacion de Malaga will accompany the residents back to their homes in a controlled manner, and will monitor the area, added Juan Sanchez, the director of the Infoca Regional Operational Centre.

Bendodo, Crespo, and Sanchez, together took the opportunity of thanking all the emergency workers who had taken part in this mammoth fight against the blaze that has ao far affected around 7,400 hectares, having a perimeter of 85km, and has seen 2,670 people evacuated from eight municipalities, with Mr Bendodo stating, “It is an unprecedented fire in our country”.

Continuing, he said, “Obviously, an unprecedented fire requires unprecedented effort and support”, also praising the work of the UME troops for “collaborating from the first minute that they were activated”, while highlighting the “unprecedented” support of many autonomous communities.

Aid from the Community of Madrid is also reported to be on the way, with 24 forest firefighters, four pumps, and a nurse joining the fight on Sunday evening; from the Region of Murcia, a helicopter with a capacity of 3,000 litres is assisting; from Extremadura, two seaplanes are involved, plus one from Castilla La Mancha; and a team of specialists in heavy machinery and the FAST of Catalonia and the Valencian Community are now also in Andalucia helping.

“All of Spain is turning upside down with this unprecedented fire that we are suffering in the south of the country, and from the Government of Andalucia, thanks; we are working hard, the best professionals are giving the best of themselves”, referring to the tragic loss of one firefighter, plus two more injured, “We are working with the best we have, they are supporting us from many corners of the country and I think we are going to achieve it”, concluded Mr Bendodo, as reported by malagahoy.es.