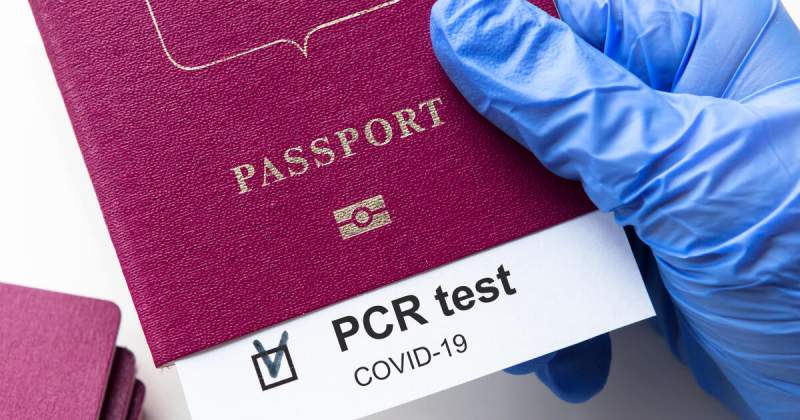 Massive boost for Spanish tourism as costly PCR tests for UK arrivals who have been double jabbed travellers is ‘set to be axed’.

In what is being hailed as a massive boost for Spain’s tourist industry, double-vaccinated travellers will no longer need to take expensive PCR tests when returning to the UK.

Many British expats, their friends and family and even holidaymakers to Spain delayed their holiday plans due to the cost and the hassle of the tests required on their return to the UK.

This barrier is now being removed- potentially in time for the October school half-term holidays. Health secretary Sajid Javid confirmed that he wants to remove the PCR test requirement when returning from some foreign countries “as soon as I possibly can”.

He told Sky News today, Monday, September, 13, that he was aware of the cost for families taking foreign holidays and that the testing measures should not be in place “for a second longer than is absolutely necessary”.

Javid also said he had asked officials to remove the PCR rule “at the moment we can”.

The development came as it was reported that almost a third of people arriving in England and Northern Ireland as the Delta variant took off may have illegally broken quarantine rules.

More than 300,000 cases were passed to investigators between March and May, according to figures seen by the BBC.

The Business Travel Association also revealed 76% of travellers returning to the UK said their PCR test result was not looked at or verified by the UK Border Force.

A new survey asked a series of questions to more than 500 people who travelled outside the UK from January to August.

“The findings from our latest travel survey are shocking. It is appalling to see over 75% of people travelling throughout the last eight months have not been asked to show their PCR tests on arrival to the UK, some of which cost over £100 to take,” said BTA chief executive Clive Wratten.

The plan is a response to the way infections have evolved over the summer – a much lower level than scientific models predicted earlier this year when restrictions were eased.

“We have got a huge number of defences; of course we still want to remain. Very cautious, and there are some things that – when it comes to travel for example – there are some rues that are going to have to remain in place.

“But the PCR test that is required upon your return to the UK from certain countries, I want to try and get rid of that as soon as I possibly can.

“I am not going to make that decision right now, but I have already asked officials that at the moment we can, let’s get rid of this kind of intrusions, the costs that generate for families, particularly families just trying to go out and holiday.

“We shouldn’t be keeping anything like that in place for a second longer than is absolutely necessary,” added the Health secretary.

Passengers returning from green list countries, or amber list destinations if they are fully vaccinated, must currently take PCR tests on or before day two after they arrive back in England.

The travel industry has long complained that the costs of tests are too high and an online petition calling on the government to provide free PCR tests for travellers has attracted almost 400,000 signatures.

Javid last month announced a “rapid internal review” of prices charged by government-approved companies after claims holidaymakers were being exploited.

The Competition and Markets Authority has stepped in and on Friday called on the government to intervene in the PCR testing market and tighten up rules for providers.

Ministers are also preparing to scrap the travel traffic light system and will treat green and amber list countries the same. The red list will remain.

“Expensive PCR testing should be scrapped along with pre-departure testing for the fully vaccinated to align the UK with most other countries across the EU as there is nothing to indicate that these are a public health measure.

“Particularly now with the government making so many exemptions for many large events such as football matches, festivals, London Fashion Week and the COPSummit – so why is it different for travel?

“We’d like to see the traffic light list disbanded and the government to deem every country as open – particularly for those who are fully vaccinated – unless there is a country where very high or high priority variants are detected,” said Advantage Travel Partnership chief executive Julia Lo Bue-Said.

“The high cost of PCR testing has made the possibility of a holiday abroad out of reach for many this year. Any measures which reduce the cost and burden on holidaymakers while protecting public health are an important step in the right direction.

“However, for the time being, people will still have to use PCR tests to travel from and to the UK.

“Which? has repeatedly raised the alarm over the private testing system with the government, which has too often left travellers out of pocket and, in some cases, without a test result. The government’s review into the CMA’s recommendations must ensure safe, reliable and affordable tests are available for all travellers,” added Gareth Shaw, head of money at consumer group Which?

Prime minister Boris Johnson is expected to announce plans on Tuesday to try to keep Covid under control over the winter, including the scrapping of the possibility of requiring vaccine passports for entry to nightclubs, cinemas and sports grounds.