Afghan refugee in Spain speaks out against the Taliban 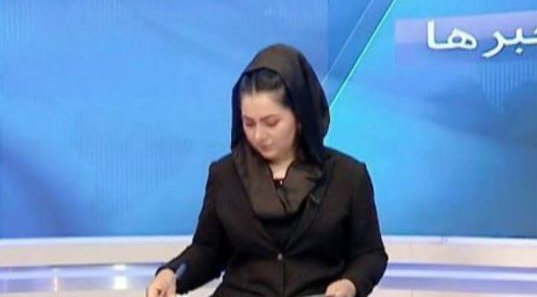 Afghan refugee in Spain speaks out against the Taliban Credit: Twitter

Afghan refugee in Spain speaks out against the Taliban. One journalist is still fighting the Taliban even though she had to flee her country and leave behind her husband and children.

Khadija Amin initially became a journalist in Afghanistan to “be the voice of women”. She spent many years helping women gain equality. She even worked in television until the Taliban took over again in August. As soon as they took power she was banned from continuing with her career on television.

Amin, speaking to 20 minutes explained how she had to flee her homeland, leaving behind her family. She has spoken out against the hardships that women are facing in Afghanistan now.

She said: “Women are not allowed to go out on the streets alone. They can’t even go to the doctor if they are ill unless they are accompanied by a man. It’s very hard.”

Amin was at the public broadcaster’s newsroom when the Taliban took over. Amin said: “We had to leave our posts and go home. But I came back because I wanted to know what was going on. They held a press conference and said that women would be allowed to work, so I spoke to them face to face and asked them to let me continue. They said no. There was no more room for us women on state television”

Luckily Amin was evacuated on one of the 17 flights that brought people to safety in Spain.

In other news, Judge authorises mother to vaccinate her children against the ongoing coronavirus pandemic against their father’s wishes.

This is one of the first rulings which has been handed down in Spain regarding children being vaccinated when divorced parents disagree over the course of action to be taken.

The 51st Court of First Instance of Barcelona has ruled in favour of a mother who wanted her two teenage children to be vaccinated against the coronavirus pandemic. Her ex-husband did not want the children to be vaccinated with any of the vaccines that are available at the moment. He also wanted them to miss out on any diagnostic tests for Covid carried out by their school.