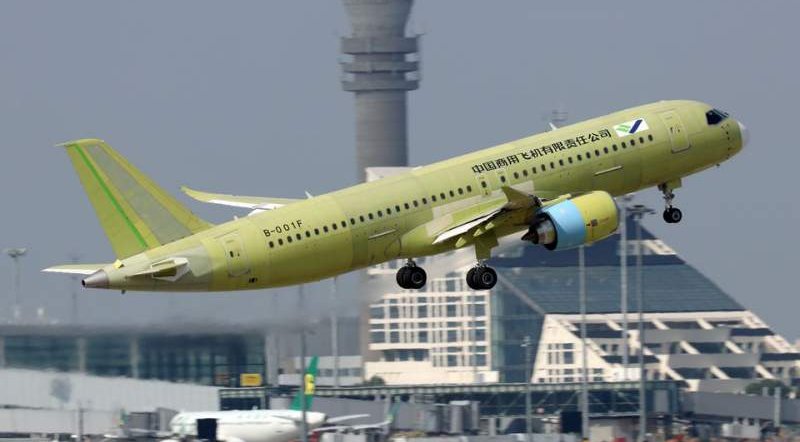 Airbus and Boeing’s duopoly is now threatened by the release of China’s C919 narrowbody passenger jet.

After more than ten years in development and tens of billions of dollars of state support, China’s first passenger jet is nearing Beijing’s approval to start commercial flights. China’s first C919 narrowbody jet to be delivered to launch customer China Eastern Airlines is about to enter the final assembly stage, China’s aviation regulator announced, with delivery due before the end of the year.

The C919, being built by state-owned planemaker Commercial Aircraft Corp of China (COMAC), will mark a milestone in a decade-long programme to rival aircraft made by the duopoly of Airbus and Boeing. The C919 programme’s certification board met in Shanghai on Sept. 10 and reviewed COMAC reports on batch production of the jet, the Eastern Region Administration of the Civil Aviation Administration of China (CAAC) said on its social media account.

COMAC hopes to obtain a type certificate, which certifies the model as airworthy, by the end of the year.

The board also approved proposals to adjust the current plans for obtaining the aircraft’s production certificate, which is required for mass production, the regulator said, without going into further detail.
The C919 is currently in the more limited batch production phase.

Despite repeated delays to the programme, which could yet slip again, there are signs Beijing’s investment is starting to pay off. Guillaume Faury, Airbus chief executive, recently acknowledged Comac’s rise, telling an industry event “we will probably go from a duopoly to a triopoly, at least on the single-aisle models, by the end of the decade”.

European planemaker Airbus in talks with Wizz Air over a large order for passenger jets.

Secret talks apparently began several months ago and surfaced as Wizz Air emerged as a suitor for rival easyJet and as Europe’s largest budget carrier, Ryanair, remained deadlocked with Boeing over a major jet purchase (see below for latest update).

Talks between Wizz Air and Airbus continued over the summer but, as yet, the two sides are not yet ready to announce a deal- Fleet purchase talks typically take months and with this many aircraft, billions of euros are involved.

Wizz Air, which has already ordered a total of 388 Airbus jets, has so far declined to officially comment on the order.