Andalucia lifts the curtain on theatres and cinemas 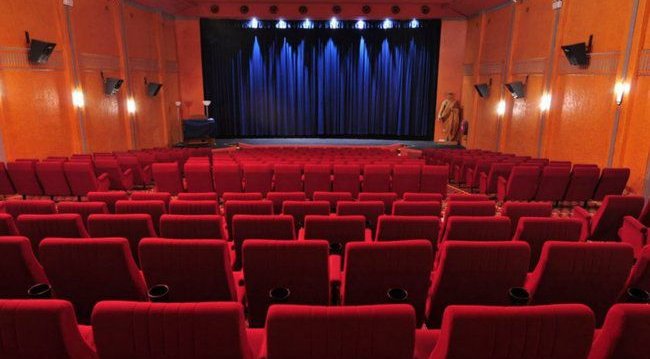 Andalucia lifts the curtain on theatres and cinemas as full capacity is now allowed.
The Junta de Andalucía has announced that theatres, cinemas and auditoriums in Alert Level 1 areas (as stipulated by the territorial committee), can now regain their maximum available capacity- closing times for bars, restaurants and nightlife remain the same.
With this step, culture and performing arts take a very important step to the closest thing of a return to normality.
The Andalucian Government, which met today with the health committee and other representatives from the region, said this new measure must be carried out “with the greatest possible interpersonal distance and hygienic-sanitary conditions,” referring to the necessity of adherence to social distancing protocols.

The president of the community of Andalucia, Juanma Moreno, appeared at the Palacio de San Telmo, Sevilla, today where he highlighted the fact that the incidence rate of the community today, Tuesday, September 14, is now below 100 cases per 100,000 inhabitants.
The president emphasized that this figure has not been seen since August 2020, but also reiterated his desire that the remaining population be vaccinated and not leave their second jabs too late.
The popular party leader also boasted that Andalucia is the autonomous community that has administered the most vaccinations in Spain, with a coverage of 86.5% of the total regional population over 12 years of age, the so-called ‘target population’.
Moreno stated that the committee of experts had been more optimistic at the meeting, since “the fifth wave is practically defeated” thanks to “the responsibility of the Andalucians” and the success of the vaccination plan.
After the meeting, which was also attended by the Minister of Health, Jesús Aguirre, the committee stated that the new rules will take effect on Thursday, September 16, at 00:00.

In nightlife establishments, the number of diners at indoor tables is the same for both level two and level one, going up from 6 to 8 people.

Beaches will not have any limitations after Thursday midnight.

In municipalities currently at level one, two groups of users are allowed to stay simultaneously, as long as they do not coincide in the same gaming space of the establishment.

For example, one group will be allowed to have a snack and another in the ‘playroom’. The capacity is increased to 100% in outdoor spaces and 75% in closed spaces at alert level one. At alert level two, it is extended to 60% outdoors and 50% indoors.