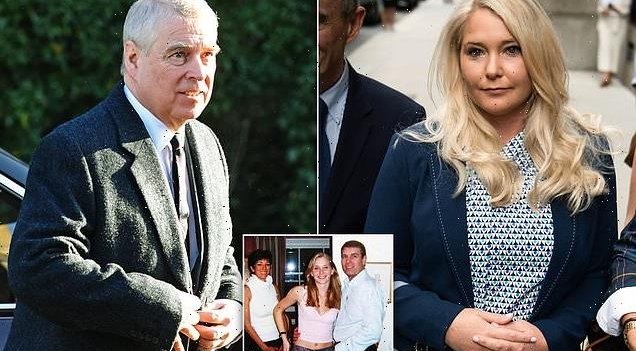 Judge gives Virginia Roberts’s Giuffre’s lawyers another week to be able to serve legal papers on Prince Andrew in the UK.

The judge appointed in charge of the Prince Andrew sex assault trial told the Duke’s team to ‘cut the technicalities’ last night as he gave his rivals an extra week to serve him with legal papers.

In a fractious opening hearing in the case – brought by Virginia Roberts over claims she was forced to have sex with the Duke when she was 17 – Andrew’s legal team immediately attempted to convince Judge Lewis Kaplan papers had not been served and the case should be thrown out.

Ms Giuffre’s lawyer, David Boies, disputed this, saying the prince had been served “in several ways,” including by mail and by direct delivery to his last-known address.

“We believe that service has been effected,” Mr Boies said.

Judge Kaplan gave Ms Giuffre’s lawyers one week to request another attempt at serving the summons by other means, via either the Hague Convention or a legal mechanism called Rule 4F3.

They argued the UK’s High Court should step in and make a ruling, and tried to invoke ‘the Hague convention’. However,  New York Judge Kaplan was having none of it and ignored the pleas.

Judge Kaplan said that ‘I’m sure you know that the Hague Convention is optional’, adding that service could be effected upon a foreign national under a US Federal Rule known as 4(f)(3) without involving their government.

That rule offers wide scope for serving a foreign person ‘by other means not prohibited by international agreement, as the court orders’.

Andrew’s attorney Andrew Brettler, was told that there was ‘a lot to be said’ for Roberts’ team’s point of view that ‘you have a pretty high degree of certainty that he (Andrew) can be served sooner than later’.

Judge Kaplan said: ‘Let’s cut out all the technicalities and get to the substance.’

The telephone conference marked the opening salvos in what could become a bombshell sex assault trial – that is of course unless Andrew’s team are successful in derailing it before it gets underway.

The Duke of York’s attorney Mr Brettler told the federal court in New York that the lawsuit filed last month was a ‘non-viable and potentially unlawful’ case.

In court documents filed last Friday, Roberts’s lawyers claimed that the prince had been served on August 27, when the paperwork was handed to a policeman at the gate of Royal Lodge in Windsor who said he would pass them on- leading to the assertion by the Duke’s legal team that they were not served correctly.

‘We do contest the validity of service to date, The Duke has not been properly served under either UK law or pursuant to the Hague convention. We have significant concerns about the propriety of this lawsuit that’s been filed.

‘We believe this is a baseless non-viable and a potentially unlawful lawsuit that the plaintiff has filed.

‘There has been a settlement agreement the plaintiff entered into in a prior action that releases the duke and others from any and all potential liability,’  Brettler told the court on Monday.

Last week, Epstein’s former defence attorney, celebrity lawyer, Alan Dershowitz, requested that he be allowed to provide Prince Andrew’s lawyers with a copy of a settlement agreement and general release agreed to by Giuffre and Epstein in her 2009 lawsuit against Epstein.

Dershowitz and Giuffre have sued each other, and Giuffre’s suit against Dershowitz was partially dismissed earlier this year, which Dershowitz contends was in response to his bringing up this same release.

His lawyers wrote in requesting to share the Epstein agreement that “there is no doubt that Ms. Giuffre was aware of her alleged claims against Prince Andrew before she agreed to the Release.” The attorney who represented Giuffre in the suit against Epstein disputes that the agreement protected Prince Andrew.