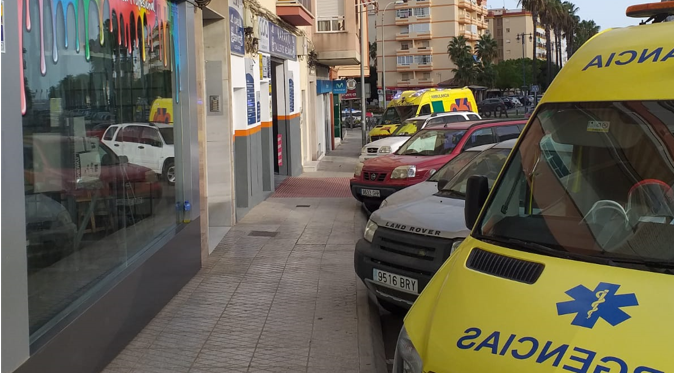 A local estate agent in Nerja saved an elderly woman’s life with quick thinking when he was told she had not paid her rent on time.

Local estate agent Greg Wornum, 30, saved an elderly woman’s life after he was told she hadn’t paid her rent for the month.
Speaking to EWN, Greg said: “I rented an apartment to an elderly lady in Torrox Costa and she always pays her rent on the 1st or 2nd of the month without fail.
“The owner thought it was a bit strange that her phone was off and couldn’t contact her, so she went round on September 5 to the house to see if the client was in but there was no answer.

“The owner then called me and told me about the situation and I said I will go round to the property and check out the situation. I went round, knocked on the door and there was no answer.

“I tried the spare key and the client had put her key inside of the door on the other side so I couldn’t open it. I thought that was very strange so I then opened the blind and saw in the kitchen old blood and sofa cushions on the floor.

“I called the police and they came round and said we have to break open the door. A locksmith got the door open and the police went in and saw her unconscious, basically half dead.

The emergency services were called and they took the lady to the hospital, I later found out she had suffered a brain haemorrhage. Had I not arrived in time she would probably have died. I’ve since taken her personal belongings to the hospital. ”
The elderly lady is still receiving treatment in hospital.