‘Panic and screaming’ on delayed Ibiza to Manchester flight 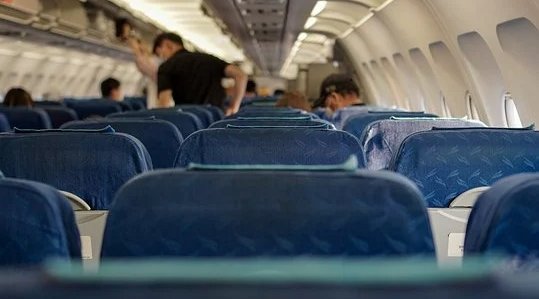 ‘Panic and screaming’ on Ibiza to Manchester flight, that was delayed for over two hours.

The Jet2 flight was reportedly initially delayed due to a technical fault. Passengers were left sat on the runway during this time but according to the Manchester Evening News as the plane was finally set to take off passengers reported a funny smell in the back of the aircraft.

One woman is said to have suffered a panic attack while another person reportedly wanted to leave the plane.

The plane did finally take off and successfully landed in Manchester yesterday afternoon.

Speaking to the Manchester Evening News one passenger said: “I was at the front of the plane and we just heard this commotion coming from the back, everyone was standing up and there was shouting and panic.

“It was really scary, we didn’t know what was going on.

“I grabbed my passport and phone and put my shoes back on just in case we had to evacuate.

“One woman told her children to take their seatbelts off, no-one knew what was going on.”

Jet2 though have said the flight had to be delayed due to a nervous passenger. Jet2 said: “Flight LS170 was delayed earlier today after some routine checks, as well as the aircraft having to return to stand shortly after push back due to a nervous customer onboard.

“The flight subsequently took off and landed at Manchester Airport as normal.”

In other news, Sanchez announces measures to lower electricity prices in Spain. Electricity prices at the moment are at an all-time high, something that is worrying both Spaniards and expats alike.

The government has now put forward proposals to lower the price of electricity by reducing taxation. It is hoped that this will protect the most vulnerable people.

The Spanish Prime Minister, Pedro Sanchez, has announced some fiscal measures which will see the price of electricity reduced. He also aims to tackle gas prices before this too becomes an issue over winter.