‘Spain is not yet ready for electric vehicles’ 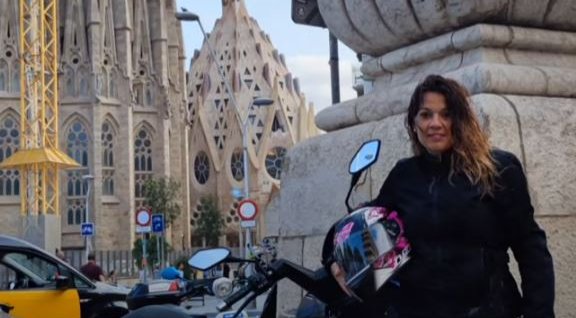 Spain is not yet ready for electric vehicles Credit: YouTube screenshot

The first person to circumnavigate Spain using an electric motorcycle has sadly said that ‘Spain is not yet ready for electric vehicles’.

40-year-old Mireia Ruescas is the first person to ride around Spain on an electric motorbike. She set off from Barcelona on August 16 and spent an amazing 18 days travelling around the country. Two of these days were well earned rest days though.

She learned many things during her travels on her bike “Romeo”. Sadly, one of the things she learned was that “Spain is not yet ready for electric vehicles”.

Ruescas found that the biggest difficulty during the journey was charging the motorbike. The bike had a range of 180 kilometres and takes eight hours to charge.

It was not the lack of charging points that was the main issue but the fact that many of the points did not work.

Ruescas commented that: “I had a route calculated with applications that tell you where there is a charger, but I arrived and they didn’t work, and I might have 15 kilometres of range left to find another one. That was perhaps the most complex part”.

As Ruescas travelled to Huesca she had to hit the local Guardia civil barracks up to charge her bike, after she tried three different charging points that did not work.

Ruescas has called on the companies that install the charging points and the local administrations to ensure that they are fit for purpose. She said: “since they promote it, at least the installations should be maintained. For example, that there is an area inspector who goes to the points and checks that they work, not that they install them and then ignore them”.

Highlights of Ruescas’ trip include the stunning scenery that she encountered. “My routes have been regional, roads on which I might have been alone for an hour and a half, and when passing through places like the mountains of Extremadura, seeing the Tagus… I’ve even cried” said Ruescas.