The Spanish legend of the ‘Fish Man of Lierganes’ 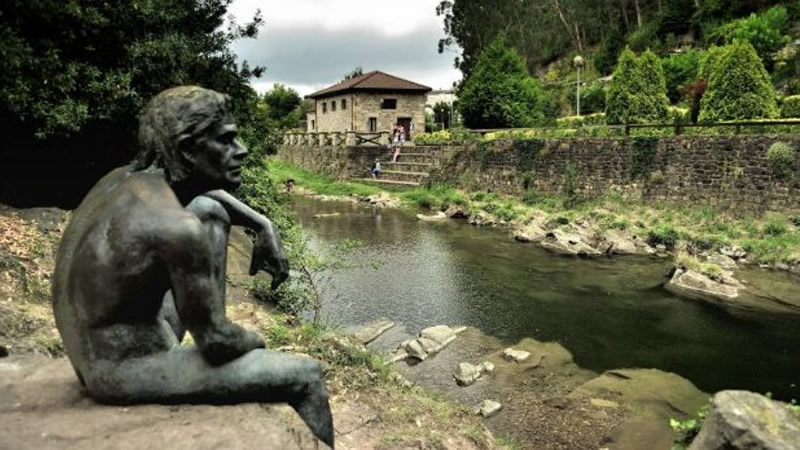 The Spanish legend of the 'Fish Man of Lierganes'. image: wikipedia

The Spanish legend that is told in a small town in Cantabria, with a population of under 3,000, about the ‘Fish Man of Lierganes’ could well be another urban myth, who knows, but it’s an incredible take nonetheless.

As the legend goes, “in the middle of the 17th century in the town of Lierganes, there was a couple, Francisco de la Vega, and Maria de Casar, who had four children, the second of them, Francisco. On the eve of Saint John’s Day in 1674, Francisco went swimming with some friends in the Miera River, where the young man undressed, entered the water, and swam down the river, until he was out of sight”

“Apparently, the boy was an excellent swimmer and so his companions did not fear for him until a few hours later, but then, when they saw that he did not return, they considered him drowned”.

“Five years later, in 1679, while some fishermen were fishing in the bay of Cadiz, a strange aquatic being appeared to them, with human appearance, and when they approached him, he disappeared. This unusual appearance was repeated for several days, until finally, they were able to catch him, feeding him with pieces of bread and encircling him with nets”.

“When they brought him up on deck, they realized with astonishment that the strange being was a stout young man with a pale complexion and thinning reddish hair, and the only peculiarities were a ribbon of scales that descended from his throat to his stomach, and more that covered the entire spine, with some worn nails, as if corroded by saltpeter”.

“The fishermen took the strange subject to the convent of St Francisco, where, after conjuring up the evil spirits that it might contain, they interrogated him in several languages ​​without obtaining any answer from him. After a few days, the efforts of the friars were rewarded with one word: ‘Lierganes'”.

The event spread from mouth to mouth through the bay of Cadiz, and no one could find any explanation for the word until a young man from Cantabria who had emigrated to work there commented that in Cantabria there was a town called that. Also, the then secretary of the San Oficio de la Inquisicion, Domingo de la Cantolla, confirmed this statement since he was from there”.

“This news was sent to Lierganes to ask if something strange had happened in recent years there, and from Lierganes they responded that only the disappearance of Francisco de la Vega had been registered, five years ago. Then Juan Rosendo, a friar from the convent accompanied Francisco on a return trip from Cadiz to Lierganes, to see if it was true that he was from there”.

“Incredibly, Francisco knew his way directly to Lierganes, and once there, went without hesitation to the house of Maria de Casar who instantly recognised him as her son Francisco, as did his brothers who were in the house”.

“Once at his mother’s house, Francisco lived quietly without showing any interest in anything. He was always barefoot, and if they did not give him clothes, he would not dress, and walked naked with absolute indifference. He did not speak; only from time to time he would pronounce the words “tobacco”, “bread”, and “wine”, but not directly related to the desire to smoke or eat, though when he ate he did so eagerly, and then went four or five days without eating anything”.

“He was docile and helpful, errands would be carried out on time, but he never showed enthusiasm for anything, and was basically considered crazy, until one fine day, after nine years, he disappeared again at sea, without being ever being heard from again”.

That is the legend that is told by the Liernages Town Hall, where, in the town, next to the bank of the Miera River, you can see a plaque dedicated to their legend, located on ‘Fish Man walk’, as reported by 20minutos.es.