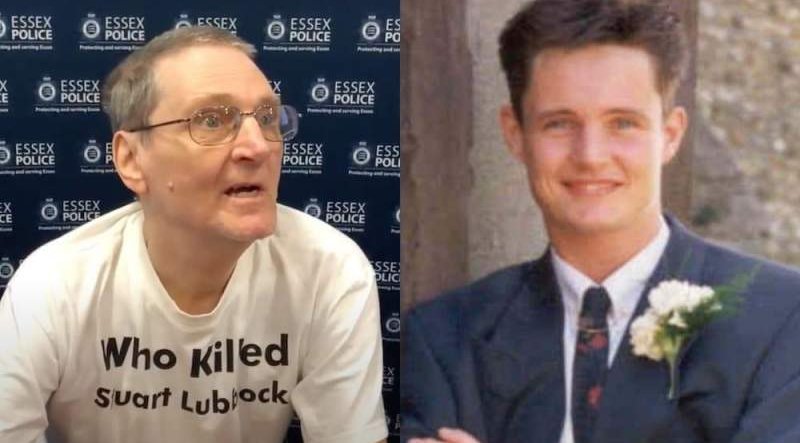 Terry Lubbock, the father of Stuart Lubbock, the man found dead in Michael Barrymore’s swimming pool, has died at the age of 76.

THE campaigning dad of Stuart Lubbock has died without ever seeing justice for his son found dead in Michael Barrymore’s pool in 2001.

Gravely-ill Terry had battled relentlessly for 20-years, without success, in an attempt to bring tragic Stuart Lubbock’s killers to justice after he was sexually assaulted and left for dead at the Strike it Lucky star’s mansion amid a media frenzy.

According to staff, Mr Lubbock died this morning at 9.15 am at his care home, in Harlow, Essex.

“Terry will be greatly missed by me and so many others. He was a dedicated father and a true champion of justice in this country, even though he never got any establishment recognition. He dedicated his life to finding the truth doggedly staying focused. He always thought there was someone protecting the guilty. Thank you Terry Lubbock,” said Close pal and campaigner Harry Cicky.

Terry’s son, Stuart Lubbock, died at Barrymore’s then home in Roydon, Essex, on March 31 2001. Grandfather Terry dedicated his life to the fight for truth had his hopes raised to see a defendant stand trial over the claims after Essex Police arrested a suspect earlier this year.

However, his final hopes were dashed when the man, 50, reportedly from Cheshire, was released without any charges being brought against him.

A post-mortem examination on Stuart Lubbock showed that he had suffered severe internal injuries- suggesting he had been sexually assaulted. Alcohol, ecstasy, including cocaine, were all found in his bloodstream.

The coroner had recorded an open verdict for Mr Lubbock’s son but he wanted a fresh inquest.

Terry Lubbock, Stewart’s father, hired a top lawyer earlier this year to fight for answers over his son Stuart’s death after he was told he had ‘just months left to live’, in March.

Last year, 2020, emotional Michael Barrymore fought back tears on Good Morning Britain as he gave his first interview since the recent Channel 4 programme about the death of Stuart Lubbock was aired.