Heading back to normal by 2022 in the Balearics 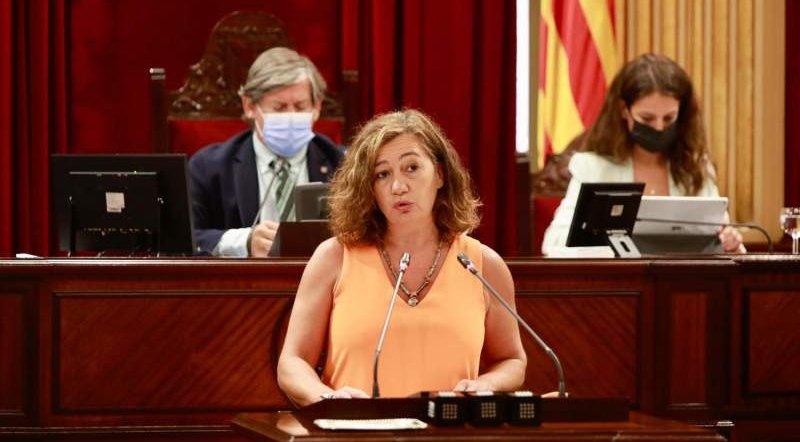 HEADING back to normal by 2022 in the Balearics says President Armengol looking forward from the pandemic.
On Septmber 14, the President of the Balearic Government, Francina Armengol told the Balearic Parliament that the Islands will achieve a full economic and employment recovery during 2022.
She praised all of those involved in public life as well as individuals who had worked together to face all of the struggles caused by Covid-19 and the pandemic which is now giving way to recovery.
Making it clear that this crisis, unlike the financial disaster of 2008, will not last 10 years and that the Balearics will be in the happy position of bouncing back within two years since the start of the pandemic.
Reports suggest that the Balearic will be the fastest recovering Autonomous Community in Spain with a forecast increase in local GDP of 12.1 per cent and already unemployment is falling to a level which is far better than across the mainland whilst also seeing more self-employed.
In no way did the President overlook the fact that 934 people have died on the Islands due to infection caused by Covid-19 and she called for a one-minute silence within the Parliament chamber in memory of those victims of the disease.
One reason that the situation is looking so much better, she suggested, is because of the success of the vaccination programme which in turn has seen creation of a general herd immunity to the benefit of all although not until every person has been fully vaccinated will hospitals be able to dedicate themselves to attack general waiting lists.
Naturally, the President referred to the importance of the European Recovery Fund and the fact that whilst the Balearics had been waiting for this massive injection of money, the National Government, the PSOE, which is the party she belongs to, had with ERTE and other financial support ensured that the country weathered the storm.
Now it is time to look forward to a prolonged return to social and economic normality she suggested.
Members of the opposition parties in the Parliament however criticised Armengol for appearing to be unaware of the true situation of those who had suffered so much during the pandemic and they believed that in her speech she was overly optimistic and also triumphalist, claiming success for herself which was not warranted.

Thank you for reading ‘Heading back to normal by 2022 in the Balearics says President Armengol’ and remember that all articles produced by Euro Weekly News may be accessed free of charge.