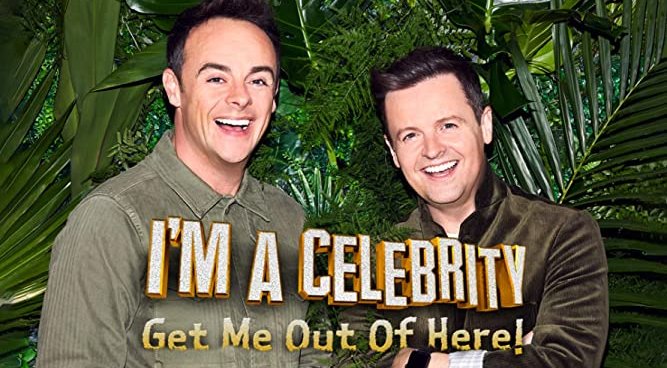 I'm a Celeb rumoured line-up and what they will get paid. image: Twitter

The popular ITV show I’m a Celeb will be returning to Gwrych Castle for the second year.

The popular ITV show I’m a Celeb will be returning to Gwyrch Castle for the second year after it was announced the show would not be filmed in the Australian jungle.

Those rumoured to be taking part this year are:

The BBC Breakfast show co-host is to step down from her role later this month and ITV bosses are apparently keen on having her on the upcoming series.

Love Island star Liberty Poole has apparently been tipped for the show this year with Ladbrokes saying it “looks more likely than ever” that she will take part in I’m a Celeb following her popularity on Love Island.

The former footballer is a favourite for this year’s show, he also told the Mirror: “I’ve done a number of shows in my days but nothing as adventurous as I’m a Celeb.

“And to be honest, there’s nothing that I wouldn’t eat or anything I wouldn’t do… I’m fairly easy-going, if they asked me to do something, I’d do it.”

The Little Mix star hinted that she might be taking part in the show earlier this year.

Speaking on Heart Radio she said: “I’ll try anything once me, do you know what I mean? I’ll give it a crack. If something smells bad I won’t put it in my mouth, but I am good at creepy crawlies.”

Jake, who played Max Branning in Eastenders, told Ben Sheppard and Kate Garraway on Good Morning Britain: “Yes, I finish in mid October and I’ve made no secret about it, I’d love to do the jungle. We were talking about it in the break, Kate.”

Director of Entertainment at ITV Studios Richard Cowles said at a recent Royal Television Society Q&A: “I just like the idea of Eric Cantona talking in French and coming up with really profound things”.

After finding out I’m A Celebrity was switching from the Australian jungle to Abergele in Wales, Jenny wrote in a Tweet: “My main reservations about doing I’m A Celeb have always been 1. The Spiders 2. The Snakes 3. The Heat. This could be a big opportunity for ol’ Jenny.”

Jenny is best known for The Chase on ITV.

The 2017 Love Island star told the Radio Times: “I’d love to do the jungle. I’d give Dancing on Ice a go, although it does scare me.

“I’m a bit of a baby, so I don’t like getting hurt. I feel like the minute I fall over once, I’d be done. I know it sounds dramatic, but I’m just a bit like that.

“For me, the jungle is less scary. So I’d love to do the jungle.”

Tom recently responded to a question from a fan asking whether he would consider appearing on other reality television shows such as I’m A Celeb or Dancing on Ice.

Googlebox star Tom recently said to a fan who asked whether he would consider going on shows such as I’m a Celeb: “Yeah sure, I think. I actually think that would be sick, and probably would be very fun.”

Will, who is known for appearing on Coronation Street and Two Pints of Lager and a Packet of Crisps, said on his podcast that I’m a Celeb would be his top choice if he went on a reality TV show.

Best known for playing Bethany Platt in Corrie, Lucy has been rumoured to go on the show for the past few years.