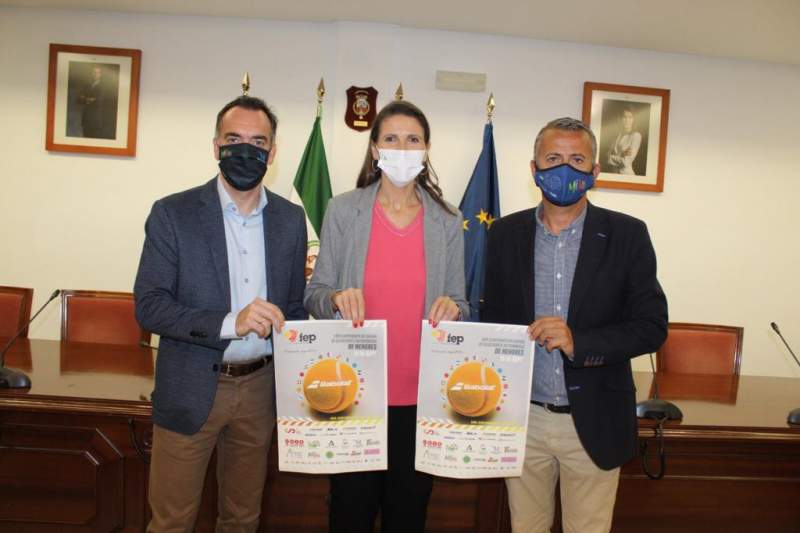 The mayor of Sports, Andres Ruiz, together with the delegate of the area in the Junta de Andalucia, Mercedes Garcia Paine and the vice president of the Spanish Padel Federation, Jose Perez, the XVIII Spanish Championship of Autonomous Youth Teams that takes place from September 13 to 19 at the Club Cerrado del Aguila y Raquetas Mijas.
“It is a championship that sets an example of sports coexistence and we hope that they will offer a show since these young people have been pushing hard in this sport,” said the councillor.
The padel tournament welcomes 480 players between the ages of 12 and 17 divided into 34 teams from 17 federations of autonomous communities throughout Spain. They are divided into 2 categories, on the one hand, the eight best teams and the rest on the other, and they compete in eliminatory tables where the entire general classification of positions is played until Sunday when the final will be played in the Cerrado del Aguila.
“These young people represent the best of paddle tennis in the world, so they are going to enjoy some magnificent days in Mijas and I am sure that they will give their best”, said Garcia Paine.
For his part, Perez stressed that “nowadays, paddle tennis is growing a lot and the facilities have a very high demand, sometimes there is some difficulty, so I want to thank the two facilities here in Mijas for the predispositions and the ease”.
He added that “the 17-year-olds are almost at a professional level and they are going to be here this weekend, I think we are grateful to all those federations.”
Next Saturday, September 18, the presentation of all the teams and the parade of flags will be held at the Miguel Gonzalez Berral Municipal Auditorium in Mijas Pueblo at 10am. All the facilities are maintaining security measures established by the health authorities, so it is a safe championship.
“We want to invite all lovers of this sport and in general, to attend this beautiful event so that they can enjoy this great level of paddle tennis and meet those who I am sure will be great professional players in the future,” concluded Ruiz.