San Miguel Fair will return to Torremolinos from September 24 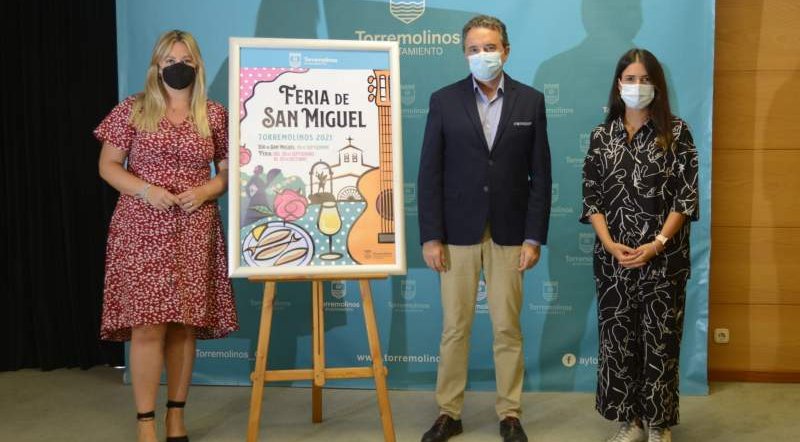 THE mayor of Torremolinos, José Ortiz and the councillor for Tourism and Cultural Heritage, Aida Blanes have confirmed that the celebration of the traditional San Miguel Fair will return to Torremolinos from September 24 to October 3.

Understandably it will be slightly lower key than in the past due to the ongoing pandemic but there will still be plenty for everyone, young and old to enjoy.

The attractions, located in the fairgrounds, will run from Tuesday, September 28 to Sunday, October 3, this year one day more than in previous years and as usual, the last day will be designated Children’s Day with prices reduced for kids.

Each day, the attractions will run from 6.30pm until 2am but from 6.30pm for one hour, there will be no music in order to accommodate children with ASD or other examples of sensory difficulty.

In order to reduce the chance of infections, the normal number of ‘casetas’ (booths or tents run by local associations) will not be opened and there will be just three council marquees at the fairground for families, the elderly and children.

The Prince of Asturias Municipal Auditorium will feature concerts by La Trinidad, Delaporte and Ginebra on Wednesday, September 29; Suzette and Fuel Fandango on Thursday, September 30; Uniform and Iván Ferreiro on Friday October 1 and Ziryab, El Canijo de Jerez and La Húngara on Saturday the 2nd.

All these concerts will have free admission until full capacity is reached and will include restrictions due to Covid-19.

There will be bars with table service and some live music both in the Plaza Union Europea with the Kalima orchestra and the Alboreá orchestra, as well as in Plaza La Nogalera with a selection of acts which includes Meskalina, Money Maker, Mister Propper, Francis León, María Cortés, Silverio Soto, Rubén Fernández and Callejón.

This year, as last, for safety reasons there will be no procession of the statue of San Miguel through the streets of Torremolinos but there will be static displays of some of the emblematic carts that normally take part in the pilgrimage as everyone enjoys the San Miguel Fair.

Thank you for reading ‘San Miguel Fair will return to Torremolinos from September 24’ and remember that all articles produced by Euro Weekly News may be accessed free of charge.