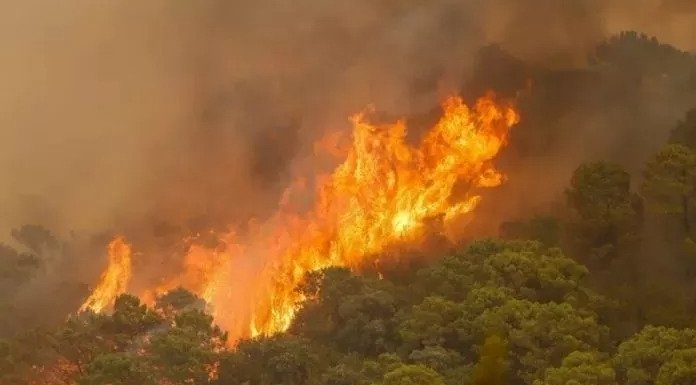 Santander opens ten-million-euro line of credit for those hit by the devastating Sierra Bermeja fire. The bank aims to help farmers hit by the fire get up and running again as soon as possible.
Santander have opened a line of credit worth 10 million euros which will offer “very favourable” conditions to people affected by the Sierra Bermeja fire that hit multiple municipalities in Malaga.
The fire has been considered under control since Tuesday, September 14, although work is still ongoing to extinguish it fully. The fire saw thousands of people evacuated and a devastating amount of land burned.
According to Santander it is hoped that the special line of credit will help support farmers and ranchers continue with their activities. One of the specific aims of the finance is to allow the rehabilitation of farms and the recovery of crops.
Any farmers who have already taken out agricultural insurance with Santander will be able to receive upfront compensation payments. It is hoped that this will allow them to recover as quickly as possible.
Santander commented that the company: “has been supporting the agricultural sector for decades and, during this crisis, in which its importance as an essential pillar of Spanish society has become clear, the bank has turned its attention to farmers, livestock farmers, producers, cooperatives and supply companies”.
In other Spanish news, Amazon Spain turns 10 years old. The company has invested a staggering 6,800 million euros in Spain since it set up a decade ago, with operation “Sunshine”.
Ruth Diaz was involved in launching Amazon into Spain 10 years ago, at a point in time when online shopping was not all that popular.
“At Amazon we always think big, but ten years ago we couldn’t imagine what we’ve achieved”, said Diaz.
Diaz is now Vice president of Amazon Fashion Europe, and before joining Amazon Spain she had spent 18 years gathering general management experience internationally. She made the decision to opt for Amazon in Spain to join a small team that were doing something new and exciting.