Dacia Sandero – a star in the affordable price league 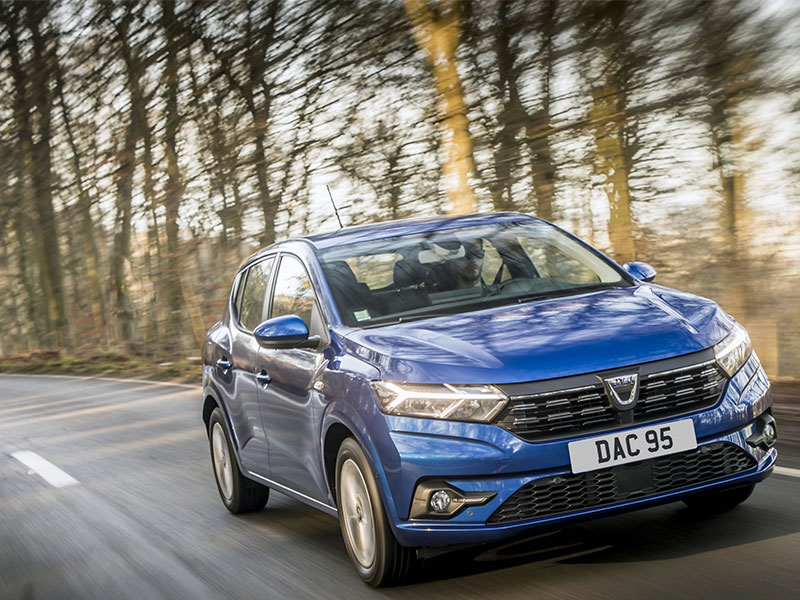 SANDERO: A car that deserves the praise given to it.

We have all seen new, low price entrants into the car market over the years, but one which is currently making headlines is Dacia. Part of Renault, Dacia was originally a Romanian company building models like the Renault 12 under licence from the French manufacturer in the 1960s. Renault took a majority stake in 1999. Fast forward and we now have a modern, keenly priced, three vehicle range and a new seven-seater that has just been announced.

Our focus for this test is the Sandero that has recently been launched in second-generation guise. To say it has moved on is somewhat of an understatement as in both looks and the drive it feels like a more expensive car than is actually the case.

There are cheaper non-tactile interior plastics, as one might expect at this price point, but material trim adorns the fascia, and in Comfort trim as tested the standard equipment list is generous. Keyless entry and start, Bluetooth with Apple Car Play and Android Auto, cruise control, navigation, air conditioning and powered door mirrors all come in the price of €13,979/ £11,995. This makes it somewhat of a star in the affordable price league. The Sandero range starts from just €10,482/£8,995 for the Essential model.

There is just one engine size – 1.0-litre, three-cylinder – in three different power outputs including an LPG bi-fuel version. The naturally aspirated lead-in engine has just 65 hp, so unless you are purely driving in an urban environment it’s probably one to avoid. The turbocharged power unit develops a much more useable 90 hp and the LPG bi-fuel 100 hp. A CVT automatic is offered and manual five and six-speed gearboxes.

The Sandero looks good and with the 90 hp power unit it drives well and feels perky under acceleration, easily keeping up with traffic on A-roads and motorways. There’s the characteristic thrum from the three-cylinder engine but it really is a refined and smooth drive. My driving week involved a lengthy journey as well as commuting and the Sandero proved comfortable and very economical.

When you look across the board, in purely price terms, at the range of cars available to buyers, the Sandero offers keen pricing and the back-up of a large dealer network plus generous equipment.  It’s most definitely transport, rather than a car enthusiast dream, but nonetheless it’s a car that wholeheartedly deserves the praise that has been directed its way.