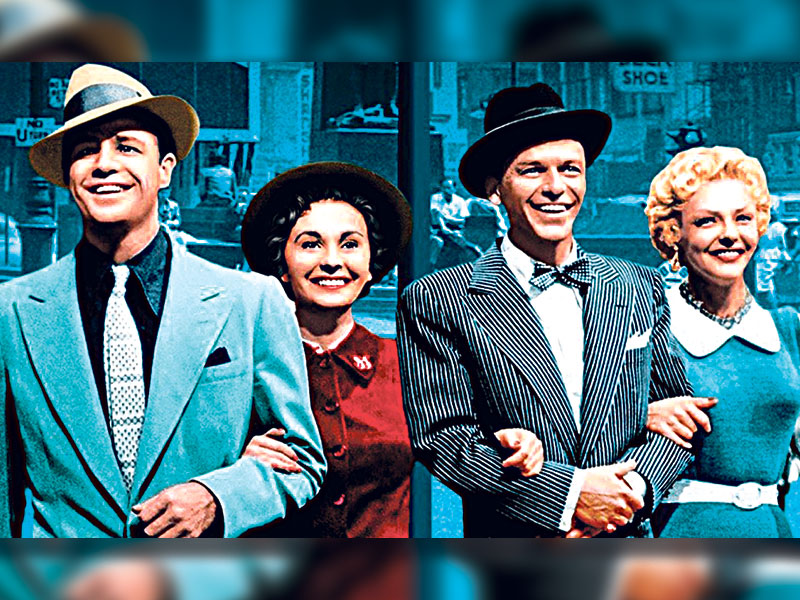 ‘Guys and Dolls’ was a musical which opened on Broadway in 1953 and became a film. Its title recognised that Guys were men and Dolls were women. They were attracted to each other by their differences as determined by a single Y chromosome. And those differences in 1953 were very marked.

The term ‘you guys’ is now used for people in general, as if there is no longer any distinction. This raises a question. How long will it be before the male species of the human race, in terms of appearance, characteristics and mannerisms, is virtually indistinguishable from the female?

In 1953, only women wore make-up, perfume, ear-rings, necklaces and styled long hair. They dressed in feminine blouses and skirts or full-length dresses, stockings and high-heeled shoes. No jeans and very few trousers. Only Dolls had ponytails and older ones had little granny buns. Tattoos were for sailors and fairground artists. And a majority of women ran the home and reared the children while their husbands worked. Fashion models and air hostesses were elegant, attractive women.

Guys wore jackets, trousers and hats or caps and were beginning to use after-shave lotions. Moustaches were common, but beards were rarer, as men looked masculine enough without them. The ‘clean-cut look’ with short-back-and-sides haircuts had no need for Alice bands or bandanas. Only men drove buses and practised sports such as football, cricket and boxing. Firefighters, postmen, airline pilots and street cleaners (or road sweepers) were almost exclusively men.

Most educated men respected the ‘gentle sex’ by opening doors for them and offering their seats on public transport. They raised their hats as a mark of respect in the streets and even stood up when a woman entered the room.

Before free-love became widely practised in the ‘60s, women were more chaste and a man’s approach was therefore more restrained. Delayed gratification was accepted and so there was more mystery about the opposite sex.

A partner was a business associate or somebody we did the quickstep with. A man’s cohabitant was his wife, fiancée, mistress or girlfriend. Not his partner.

Today there is a growing market for make-up and jewellery for men and they are beginning to wear lipstick and eye make-up. Some shave their bodies. Women are increasingly sporting masculine hair-dos (exemplified by sports presenter Okka Gundel) and unisex clothing.

Possibly because of stress or depression, there is already evidence of a diminishing interest in sex in the 21st century, especially in the west. Given that the sexes used to be attracted by their differences, this is hardly surprising.

It doesn’t seem to matter much what sex we are anymore. In the same way, the three ethnic classifications of race may eventually be indistinguishable through more adventurous procreation, travel and immigration. The human species may in time all look alike – a kind of transgender and ethnically single race.