Two dead in Murcia after car slams into bar terrace 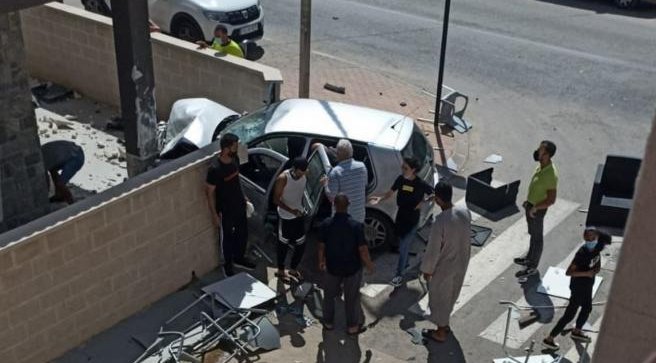 Two dead in Murcia after car slams into bar terrace.

Two people were killed today, Friday, September 17, after a vehicle smashed into the terrace of a bar in the Roldán district in the Murcian municipality of Torre Pacheco.

The incident occurred at 2:30 p.m. when, according to eyewitnesses, the driver of the vehicle lost control of the vehicle and crashed at full speed into the tables and chairs of the terrace of Honey’s Bar, which specializes in Indian food.

The accident left two dead, the driver of the vehicle  – who was travelling alone –  and one of the customers, who was eating a meal on the terrace. Two more customers were also injured in the bar which is located on the avenue of Madrid.

The owner of the restaurant revealed that the vehicle had been “circling the area for some time, driving from one place to another.” “He didn’t stop until he hit the house next door,” everything was normal, we were serving customers as usual when we heard the blow,” he said.

The mayor of the town, Antonio León, explained that Honey’s Bar is a restaurant frequented by British expats who live in the area, although fortunately, the terrace was not full today.

According to sources close to the investigation, the driver, a Moroccan national, had a stab wound prior to the accident, the cause of which is being investigated. The other deceased is a client, of South American origin, according to the sources.