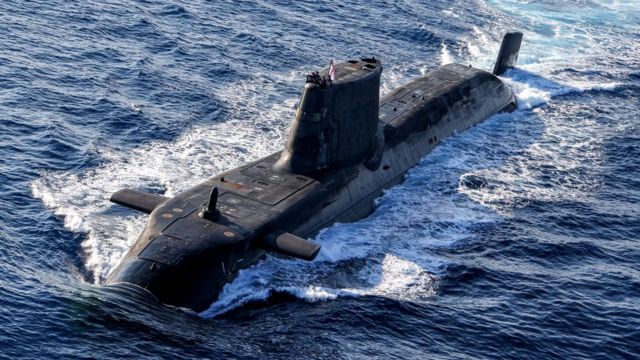 France recalls its ambassadors to US and Australia in submarine deal backlash. image: Wikipedia

France has recalled its ambassadors to the US and Australia in a submarine deal backlash.

France recalled its ambassadors to the United States and Australia on Friday, September 17, as a ferocious row erupted over the scrapping of a multi-billion dollar submarine contract. The unprecedented step revealed the extent of anger the French have against their allies.

President Emmanuel Macron had made the exceptional decision due to the “gravity of the announcements on September 15 by Australia and the United States”, said French Foreign Minister Jean-Yves Le Drian, in a statement to the French media.

The French official slammed “unacceptable behaviour between allies and partners, the consequences of which affect the very conception that we have of our alliances, our partnerships and the importance of the Indo-Pacific for Europe.”

This rare diplomatic backlash against France’s allies came just two days after Australia announced the scrapping of a major purchase of French conventional submarines in favour of the more high-tech US nuclear-powered submarines.

The announcement represented “unacceptable behaviour between allies and partners”, said the statement.

France’s Naval Group, which is partly owned by the state, was chosen by Australia in 2016 to build 12 conventionally powered submarines, a type based on France’s Barracuda nuclear-powered subs that was in the early stages of development at the time.

The security pact known as “AUKUS” was announced on Wednesday, September 15, by Washington, Canberra and London via a live feed.

Although all of the three governments noticeably steered away from any mention of China, the new partnership is widely understood to be an attempt to counter Beijing’s assertiveness in the region.

It plans for deeper diplomatic, security, and defence cooperation between the three capitals with enhanced capabilities and interoperability in cyber, artificial intelligence, and quantum technologies.

Australian Prime Minister Scott Morrison, British Prime Minister Boris Johnson and US President Joe Biden said in a statement that their partnership is “guided by our enduring ideals and shared commitment to the international rules-based order.”