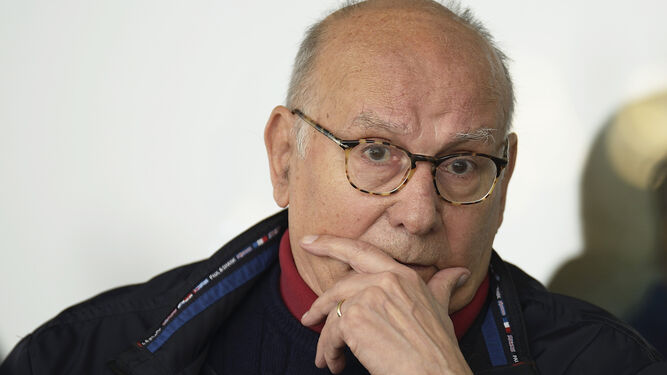 The Cantabrian filmmaker Mario Camus, director of the Spanish drama film ‘Los Santos Inocentes’ – The Holy Innocents- and others, has died in Santander at the age of 86 after a long illness.

After some thirty films and an innumerable number of creations as a screenwriter and as a producer for television, he leaves behind one of the most solid traces of Spanish cinema in the last fifty years.

“Without the actors we are nobody. Nobody can reflect on this job without thinking about the actors. The panorama is not very pleasant. We have to stop them from destroying our cinema. But spring will come and we will see things differently. Let’s tell our stories and do it sincerely. This law is always expected to put order in such a difficult situation so that it does not become so complicated to do this work,” said Camus in his speech upon receiving the Goya of Honor award in 2011.

Mario Camus died yesterday, Friday, September 17,  at his home in El Sardinero, Santander, where he spent his last and final years. Although he had tried several times, his desire to continue making films failed to translate to success on the screen. ‘El prado de las estrellas’ from 2007, shot in his region, signed a filmography that began in the sixties with ‘Los Farsantes’ and ‘Young Sánchez’.

Camus had declared himself estranged from the Film Academy, and openly distanced himself from a system that seems to reward failure, that in his opinion prevents veterans from making films, that support the “nonsense” of dubbing and that is defenceless against “abuse” of the best, he said.