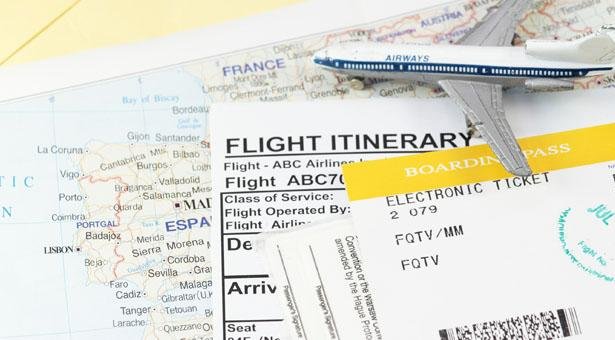 Aviation leaders have welcomed the UK’s government’s easing of travel restrictions as a “step forward” although they said more needs to be done to ease international travel.

Under the changes, from October 4 a red list of countries will remain in place with anywhere not on the red list automatically considered as being green and safe to travel to.

A total of eight countries are going to be removed from the red list from 4 am September 22. These are Turkey, the Maldives, Egypt, Sri Lanka, Pakistan, Oman, Bangladesh and Kenya.

Also from October 4, pre-departure tests will no longer be required for fully-vaccinated (double jabbed) travellers arriving into England from non-red list countries.

From “later in October”, the day 2 test for international arrivals can be conducted with a lateral flow test – ending the requirement for expensive PCR tests.

The rules currently will apply only in England, though on Friday the Welsh government confirmed it would remove the same eight countries from its red list. The Scottish and Northern Irish governments have so far not made any changes to their restrictions.

“Fully vaccinated passengers now have a larger choice of destinations and can book with more confidence in the months before Christmas and beyond – free from the need to arrange pre-departure tests before coming back into the UK.

“We know there is significant pent-up demand for travel and our staff, restaurants, cafes and bars are ready to welcome back passengers over the coming months.

“We also welcome the news that Day 2 PCR tests will be replaced with the quicker and more affordable lateral flow tests, which will allow us to start catching up with our competitors in Europe and the US – where passenger numbers are already approaching pre-pandemic levels.”

“However, we also hope that the remaining constraints including the passenger locator form can be removed soon and we continue to call for the slot rules to be reinstated to incentivise airlines, increase competition and provide passengers with greater choice and flexibility.

“Gatwick is doing everything it can to make travel as easy as possible and only yesterday announced that it is further subsidising cut-price lateral flow tests for holiday-makers,” said Gatwick Airport chief executive Stewart Wingate, describing the announcement as a “significant and welcome step towards recovery”.

“We welcome the simplification of the traffic light system, and the changes to the testing requirements allowing UK travellers to benefit from our world-leading vaccination programme and finally giving customers and business the confidence to book the journeys they’ve been waiting for.

“Based on the scientific evidence, with fewer than 1% of people returning from low-risk countries testing positive for Covid (lower than the UK’s rate), we urge ministers to keep this policy under review, eliminating all testing for fully vaccinated travellers as soon as possible in the future, in line with most other European countries,” said Sean Doyle, British Airways chief executive.

“The easing of travel restrictions is a good step forward. By reducing complexity and the cost of testing, this should encourage more people to travel this winter and allow airports to see a further uplift in passenger numbers.

“However, this last formal checkpoint of the Global Travel Taskforce should have been the time to return to restriction-free travel at a time when nearly all of the population has been vaccinated. instead, we continue to have a more onerous approach to travel than our European competitors.

“Ultimately, we need to return to a situation similar to prior to the pandemic, in which people can travel without further tests or forms to fill out. The UK and devolved governments should aim for this as soon as is safely possible.

“Until a full recovery is possible, the UK government should follow the example of the devolved governments and maintain meaningful support for airports, such as employment support and business rates relief,” commented Airport Operators Association chief executive Karen Dee.

“For too long, the recovery of UK aviation has lagged behind the rest of Europe. The changes announced today will help to close that gap by encouraging more people to book foreign travel.

“But for as long as vaccinated travellers have to pay for tests, the recovery of one of the UK’s major industries will be held back. Government must now find a way to give people back the freedom to travel without the barrier of testing,” said Charlie Cornish, chief executive of Manchester Airports Group, who added, “will make it easier and cheaper for people to travel abroad”.

“The overdue simplification of the government’s rules for international travel will deliver a significant boost to consumer confidence and UK economic recovery.

“However, to ensure that Britain’s global ambitions are met, the vaccination status of those travellers receiving a full dose in countries like India and Hong Kong must be recognised, ensuring they are able to take advantage of the simplified travel rules.

“Additionally, the red list should focus purely on variants of concern, in order to protect public health, therefore it’s imperative to rapidly and continuously remove countries that don’t pose a threat, in order to open travel back up to countries like South Africa.

“We urge the UK government to use the prime minister’s upcoming visit to the USA to work with the Biden administration to remove transatlantic restrictions for UK citizens, just as the UK has done for US travellers, helping loved ones to reunite safely and businesses to restore ties with our largest trading partner.

“The US already allows entry for travellers from Dubai, Turkey and much of South America for example. With the high rate of vaccination in the UK – 81% of UK adults have received both jabs – there is no reason to deny UK citizens from entering the US safely, and no reason to delay,” said Shai Weiss, chief executive of Virgin Atlantic.

Holiday bookings to European destinations soared by 300% after the UK announced it was scrapping the traffic light system.

Travel firms have reported a massive boost in enquiries and bookings for holidays after the UK government announcement.