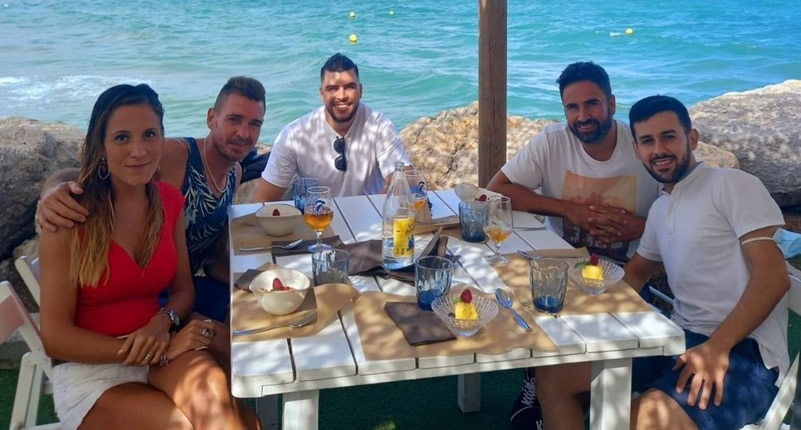 Customers from Castellon restaurant jump into the sea to save two drowning children. image: mira

Last Thursday, September 16, there were rough seas in Castellon, with a strong wind blowing, but some bathers ventured into the water on the beach in front of the Planetari, despite the fact that there was no lifeguard service, at the same time as a group of friends from the nearby town of Nules sat in a restaurant overlooking the sea in the Valencian Community municipality of Castellon, having just finished their dinner.

They were commenting on what an awful day it was for swimming in the water as it looked so rough, and in the middle of this conversation, they noticed something happening, and then heard some screams, suddenly, reported one of the friends, “We saw a boy on the rocks looking very tired, we were surprised and so we paid attention”, which was when they saw two children in the water, “something strange was happening, we didn’t know if they were playing, but then the girl shouted for help”.

Without thinking, three of the friends took off their clothes and jumped into the sea, while the mother and grandmother of the two siblings – a boy and a girl between six and eight years old – tried to get in to help them, although they were too far away, “They could do nothing but cry and scream in desperation”, said the witness.

The three swimmers reached the children within minutes, “The boy seemed to be able to stay afloat a little longer, but the girl had already sunk several times by the time we reached her”, said one of the rescuers, who with the help of the other two, pulled the children to the beach, where the family was waiting for them, “The mother could hardly speak, she thanked us, but she was very upset”, they said, with the heroes subsequently making their way back to the restaurant to join their friends, as reported by laopiniondemalaga.es.