Favourite frozen meals could disappear from supermarket shelves in 10 days 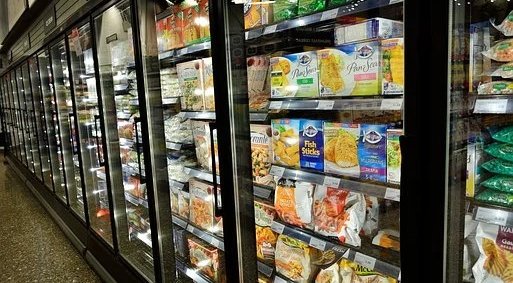 Favourite frozen meals could disappear from supermarket shelves in 10 days, according to produce chiefs.

The UK has been hit by gas shortages and soaring prices which has seen the production of dry ice threatened. This in turn jeopardises both production and the supply of food.

Brexit is already hitting Brits hard and they have been warned of bare supermarket shelves this winter, along with toy shortages. It now appears that frozen goods could also be affected soon.

Ocado have recently warned that soon they will not be able to deliver frozen food products after they were hit by shortages of dry ice. Dry ice is produced from carbon dioxide, and at the moment this is running very low.

In the north of England two fertiliser plants have shut down and one of their by-products was carbon dioxide. This is causing problems for both meat suppliers and others in the food industry. Sadly, the factories closed down after they were hit with high gas prices.

Carbon dioxide is used to package products and is also used to stun animals before they are slaughtered.

Chief executive of pork producer Cranswick, Adam Couch, has commented that his company only has enough carbon dioxide to last for a few days.

Speaking to The Times he said: “We will run out within the next seven to ten days without a shadow of a doubt,”

“This is a serious state of affairs, because along with staff shortages and difficulties processing it just adds more pressure onto what is already a very difficult situation.

“I can’t think of many industries that don’t use CO2. [The government] needs to step in.”

Other businesses will be hit too and British Meat Processors Association boss Nick Allen said that stocks will run out in around a fortnight, and that this will mean that no meat will be available.

He commented: “Everyone is outraged these fertiliser plants can shut down without warning and take something so essential to the supply chain off-stream just like that.”