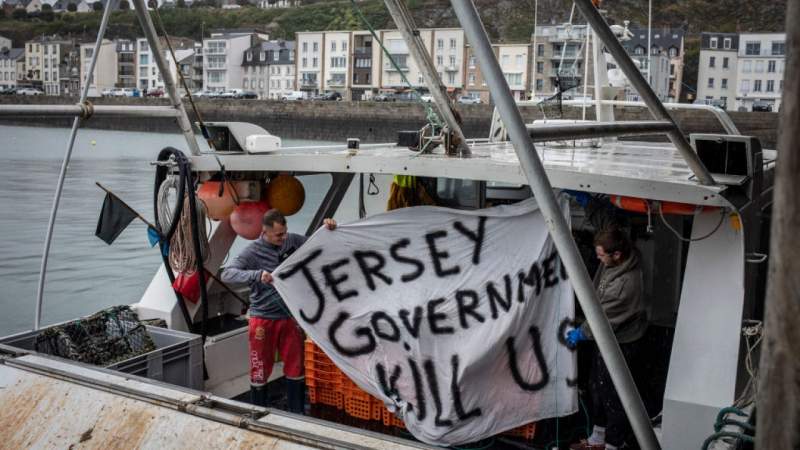 FRENCH fishermen, angry over fishing rights, have staged a protest on Jersey’s power-supplying beach. On Saturday, September 18, over 100 people from France’s fishing industry gathered on Armanville beach in Normandy to protest the Brexit-inflamed feud.

The French beach where they staged the protest is where a power cable supplying Jersey with its electrical needs makes land. The protest comes amid frustration at plans to restrict the number of French fishing vessels which will have access to Jersey’s waters.

French fishermen are said to be furious about the plans that will also limit how many days the vessels can fish and even what equipment they are allowed to use. Under the Trade and Cooperation Agreement (TCA) between Britain and the EU, access to Jersey’s waters will be restricted from October 1- after it was extended by three months in July.

Protesters were joined by local politicians from across Normandy who expressed their support for the beleaguered industry and their countrymen.

Bertrand Sorre, Deputy for La Manche, called for further negotiation from the EU and UK to solve the feud, and said: “It’s not possible to continue like this, fishermen want to work, to do their jobs. What is the reality here? We don’t accept, we never accept to lose our possibility to fish in these waters, so we have to find a solution.”

The latest protest in the row comes after dozens of French vessels blockaded St Helier Harbour back in May this year.