Man United take all three points away to West Ham 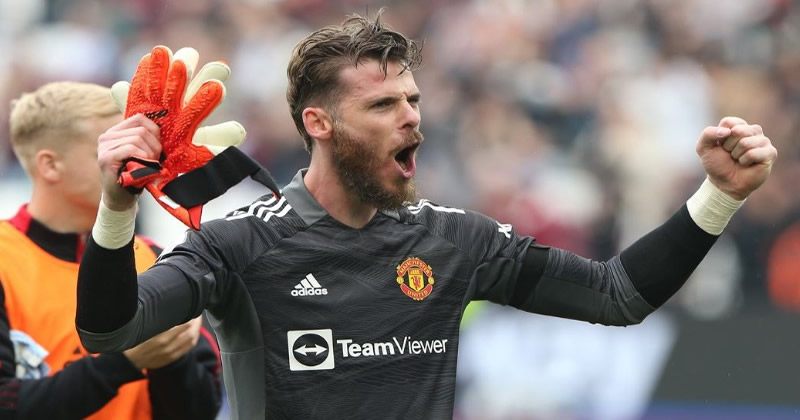 Manchester United got back to winning ways this afternoon, Sunday, September 19, as they visited West Ham United at the London Stadium, but their victory was handed to them by Hammers icon Mark Noble, who came off the bench as a sub, and was handed the task of putting a 95th-minute penalty away to secure the draw, only to see it saved by David DeGea.

Bruno Fernandes had a superb strike tipped onto the post by Fabianski early on in the game, who had a marvelous game between the sticks for David Moyes’ side today.

It was Said Benrahma’s strike from outside the box on 30 minutes which took a terrible deflection off United’s new defender, Raphael Varane, and flew into the net, with the Spanish national team’s keeper David DeGea totally wrong-footed, that gave the Hammers the lead.

Who else but Cristiano Ronaldo could put the Red Devils level after 35 minutes, notching his fourth goal in three games since rejoining the Manchester club, with a typical Ronaldo effort, his initial shot being saved by Lukasz Fabianski, only to bounce straight to the Portuguese to tap the ball home from a few yards out.

United’s hero was England star, Jesse Lingard, who spent last season on loan with West Ham, on as a second-half substitute, who fired a wonderful shot into the top corner of the goal to put United 2-1 ahead with only minutes to go, and surely the three away points were in the bag, but then came the penalty, with DeGea the hero.

This win keeps Ole Gunnar Solskjaer’s men in third spot in the Premiership, level on points with Chelsea and Liverpool, who both also won this weekend, with Chelsea honing a fine 3-0 win away to Tottenham this afternoon, with goals from Thiago Silva, Kante, and Rudiger, to go top of the table.