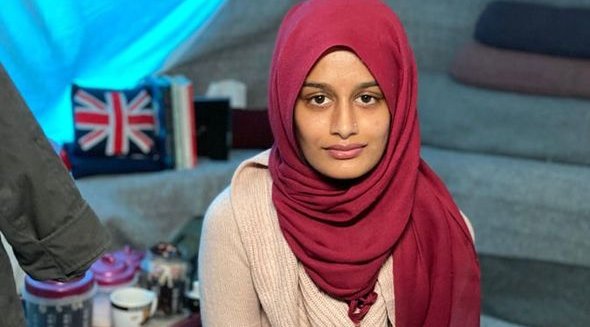 Shamima Begum, is the 22-year-old jihadi bride who earlier this week claimed that she no longer posed any threat to the country, and that if she was allowed back into Britain she could be an “asset”, and help to fight terrorism, claiming that Boris Johnson and his government clearly didn’t know what they were doing.

However, it has since been divulged by a source to Sun On Sunday that in private she had sworn to her friends that she would never betray the identities of any other Brits she knew who had also left the UK and joined the ranks of IS, who said, “She made out she’d help her country if she were given the chance. All the talk was about helping deradicalise kids, and stop them from following in her footsteps”.

The source continued, “But she’s made it clear she won’t name any British IS fighters she met in Syria. Some have survived, and the intelligence is so patchy that her evidence would be invaluable. But for her, it’s a red line. It won’t help her chances”.

Speaking on Good Morning Britain, Begum told how she now realised she was “dumb” to have run away from her home in Bethnal Green in East London when she was just 15 years old, to join IS in Syria, adding, “I did not want to hurt anyone in Syria or anywhere else in the world. At the time I did not know it was a death cult. I thought it was an Islamic community”, although it had been discovered that she actually helped to sew suicide bombers into their vests.