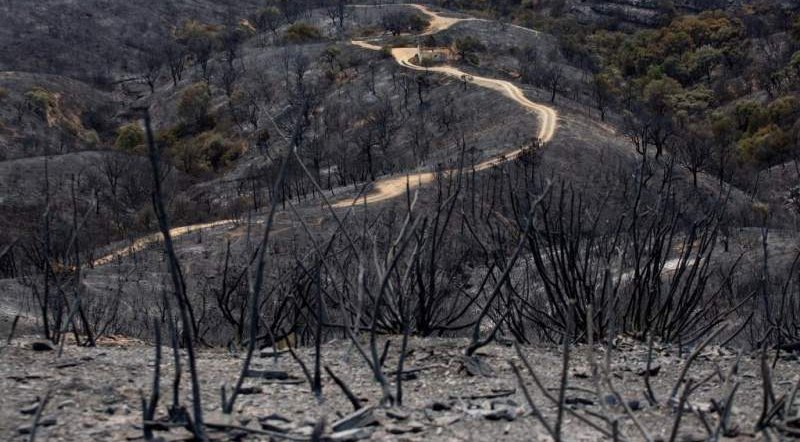 Experts warn the loss of soil due to the Sierra Bermerja fire could cause severe flooding in the Estepona area.

The Sierra Bermeja fire will “seriously” increase the possibility of flooding in Estepona in the coming years, according to *Antonio Gallegos, an associate professor of the Department of Geography at the University of Malaga.

The professor also pointed out that it was one of the worst fires in Andalucia for many years.

Gallegos said now is time to evaluate what has been lost and to reflect, saying:” We must redesign our relationship with nature and with the land. The increase in natural risks are the answer to undeniable climate change, but also to global change and our growing maladjustment to the land “.

“The fire devastated almost 10,000 hectares of Sierra Bermeja and the Genal Valley, and in addition took the life of an Infoca firefighter. The loss of soil and floods will take place with the arrival of the autumn,” said the professor.

According to the study carried out by Antonio Gallegos, the fire will mean that during next year 1,320,000 tons of soil will be lost across the municipalities of Estepona, Jubrique and Genalguacil:

“This is almost twice the potential loss of soils under normal conditions. For the entire province as a whole, it will mean an increase in soil losses of two per cent,” he explained.

“This is probably the most serious consequence after the fire, because although the recovery of the forest mass is relatively fast in Mediterranean species, the regeneration of the soils is a much slower process, lasting several dozen years, which would prevent even very long term the full recovery of the forests, closely conditioned to the depth of the soils “, he said.

Something similar, pointed out by the professor, will happen with the risk of floods. Sierra Bermeja, says the expert, “constituted an excellent guarantee against flooding in the western Costa del Sol, thanks to its vegetation cover and its great capacity to infiltrate precipitation and mitigate the risks of torrential rains “.

How much forest used to soak up the rain
The infiltration capacity of the burned area has been drastically reduced, going from 112.8 l / m2 to only 14.6 l / m2.
“This means that before the fire only storms with more than 112 litres per square meter generated runoff, but from now on, any rain that exceeds 14 litres will already be generating runoff. As a result, the frequency and severity of the floods will be very high. And they will only begin to fade when the forest, understory and soils recover, “emphasized Gallegos.

For the whole of the municipalities of Estepona, Jubrique and Genalguacil, the water retention capacity of the soils has now been reduced by half (51, 55 and 45% respectively). These estimates were made using the USLE (Universal Soil Loss Equation) formula 5.2-IC for surface drainage.
Gallegos added that in the coming months, the hydrological-forest correction tasks will be essential , to recover the forest and reduce the loss of soil and the probable floods in the coastal strip
*Antonio Gallegos currently works at the geography department of the University of Malaga. Antonio does research in natural risks and spatial planning, especially flooding and soil erosion.