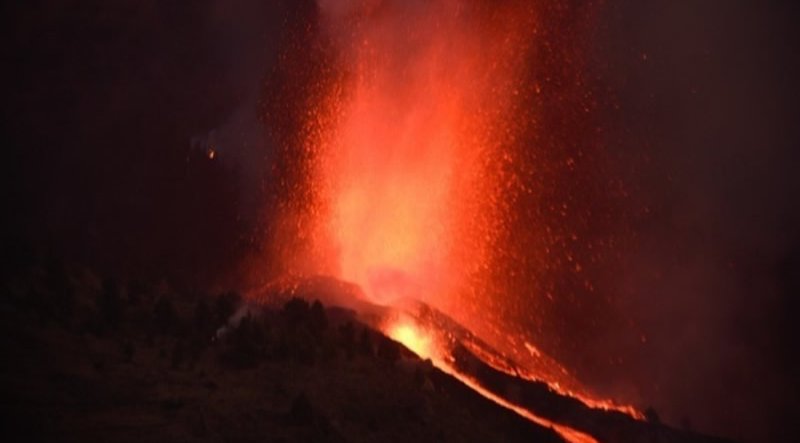 Lava from the Cumbre Vieja volcano  is expected to bury telecommunications and create acid rain in La Palma later tonight.

The professor of Geology at the University of Las Palmas de Gran Canaria, Jose Mangas, has warned that lava rivers will bury terrestrial, electrical and telephone communications and will create acid rain when it reaches the sea, which is expected to occur at around 8pm.

“It is absolutely essential to take extreme security measures because we are facing a tremendously dangerous circumstance,” said Angel Victor Torres, the president of the Canary Islands.

The eruption could last “several weeks, if not a few months,” the director of the Volcanological Institute of the Canary Islands, Nemedio Perez, has also warned.

The Institute is studying the volcano’s sulphur dioxide emissions to understand when the eruption might end. “The first day we calculated between 6,000 and 9,000 tons, a reasonable amount, we have seen greater amounts. A downward trend will be indicative that the eruption is waning. When 48 have passed without any emission of sulphur dioxide, we can take it as finished,” said Perez.

Lava from the Cumbre Vieja volcano is currently flowing in the direction of three tourist spots, Puerto Naos, La Bombilla and El Remo. More than 5,000 people have been evacuated and dozens of homes have been destroyed by the volcanic eruption.

Prime Minister Pedro Sanchez is in La Palma and has delayed a trip to New York to attend the UN General Assembly. A government spokeswoman said he may cancel the planned tripped entirely if the situation in La Palma worsens.