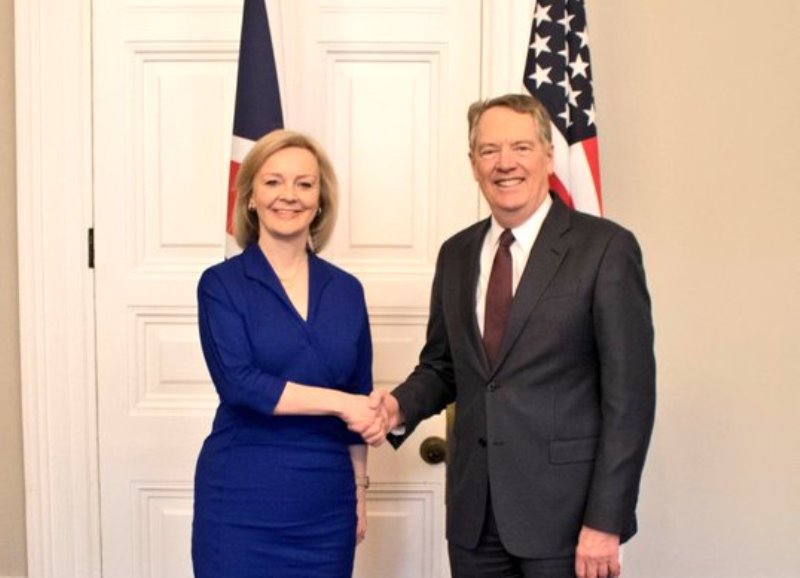 Foreign Secretary Liz Truss is in the US ahead of the United Nations General Assembly where she will be joined by Prime Minister Boris Johnson. The trip comes amid a deepening row with France over a UK-US-Australian alliance nuclear which froze France out of a multi-million military deal with Canberra.

Foreign Secretary Liz Truss has arrived in the US for a four-day visit to New York and Washington DC. It is her first official visit in her new role since Dominic Raab was ousted from the Foreign Office last week in a cabinet reshuffle.

“I’m delighted my first international visit as Foreign Secretary is to the United States – the UK’s closest and most important partner. At the UN General Assembly, I look forward to convening global leaders to tackle the major issues of the day and projecting a positive, outward-looking Global Britain that delivers for people across the United Kingdom,” Truss said.

At UNGA, the Foreign Secretary will convene the Permanent Five (P5) members of the UN Security Council – the UK, US, France, China and Russia – to encourage international co-operation over vital issues such as Afghanistan, Myanmar and vaccine distribution.

The visit comes as the UK, US and Australia announced the AUKUS trilateral security and defence partnership “to protect and defend shared interests in the Indo-Pacific.” The ‘AUKUS’ alliance will enhance the development of joint capabilities and technology sharing, at the expense of France which had a deal with Australia jettisoned in favour the alliance.

Truss will also travel to Washington DC for meetings with State Representatives, including Secretary of State Anthony Blinken and Speaker of the House Nancy Pelosi. Discussions will focus on G7 priorities and climate change in the run up to COP26.

In Washington, Truss will also meet Head of the US Agency for International Development, Samantha Power and Senate Minority Leader Mitch McConnell.