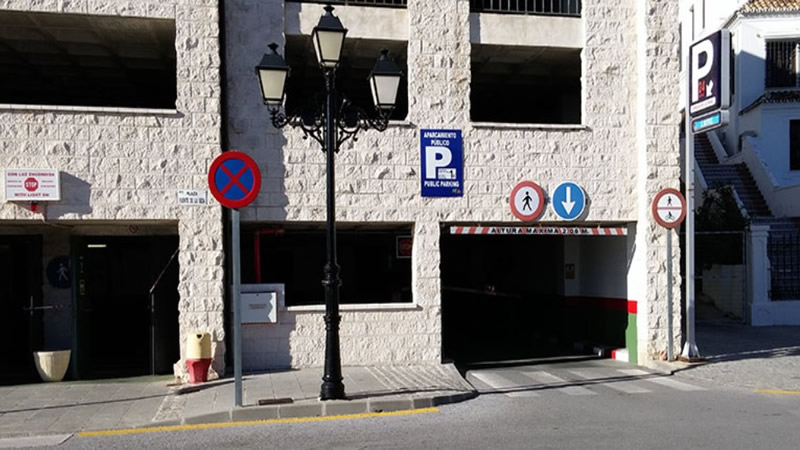 Las Lagunas should have its new car park in La Candelaria operational within the next few weeks, according to an announcement from Mijas Town Hall that work on it is now almost 95 per cent completed, something that will bring much-needed parking space to the area, with the 500 spaces contained in this new car park.
Jose Carlos Martin, Mijas Town Hall’s councillor for Infrastructure said, “The works are in their final straight”, on a project located in the heart of Las Lagunas, that has cost around €8 million, with its position opposite the Regino Hernandez sports centre being described by the councillor as, “not only vital for the comfort of local residents, but also for the development of commerce and leisure and sports activities”.
This is apparently just one of several car parks that the town hall has in its plans for Las Lagunas, and they have assured that parking costs will be kept to a minimum where possible, for both residents and tourists, with Josele Gonzalez, the mayor of Mijas stressing that his office would not connect itself with the “money-making attitude” of some other town halls on the Costa del Sol.
With this in mind, he announced that in all public car parks in Mijas, the first hour will be free, including the existing car parking areas in Las Lagunas and in La Cala de Mijas, along with those of Virgen de la Peña in Mijas Pueblo, and the new one at La Candelaria, plus, it will also apply, when completed, to the five other projects that are in varying stages of development.
After the first hour, there will be a fixed price of one euro between the second hour and up to the ninth, while after the ninth hour the cost will increase gradually to a maximum of nine euros in 24 hours, as reported by surinenglish.com.