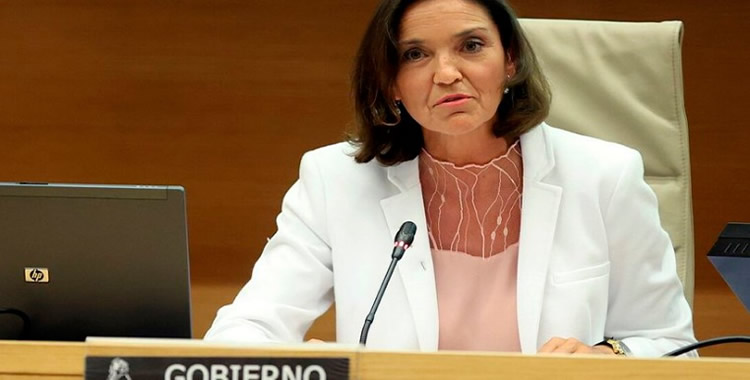 Spain’s Minister of Industry, Commerce, and Tourism, Reyes Maroto, has been forced into issuing a complete U-turn statement after her previous controversial comments made earlier today, Monday, September 20, when she stated that the volcano eruption on the Canary Island of La Palma could be turned into a way of making money via ‘volcano tourism’.

Speaking with Canal Sur radio this morning, Ms Maroto had actively encouraged tourists to visit the island, “From Turespaña, and from the embassies, we are going to give all the information so that the island of La Palma becomes a destination for tourists who want to see this marvelous spectacle of nature wisely, but right now, what worries us is the safety of citizens and tourists”.

The minister arrived in Sevilla where she was participating in the ‘Dialogue on the Future of Businesses’, and immediately indicated that she wished to “clarify some statements” about the situation on the island, this time saying that, “the most urgent thing is, without doubt, to work to recover normality as soon as possible”, while conveying a message to all those affected by the events, sending, “the love and peace of mind that all administrations are together”.

She stressed, “Today we are thinking of those affected, and the victims, and thinking about how to recover the normality that nature has changed, as Filomena or the DANA did months before, unfortunately with some frequency”.

“I put myself at the disposal of the local and regional administrations, so that, once this catastrophe passes, we can recover this beautiful island and tourism, hopefully very soon, because to recover normality on the island is important”, she concluded, as reported by sevilla.abc.es.