Virgin Media down as thousands of customers unable to get online 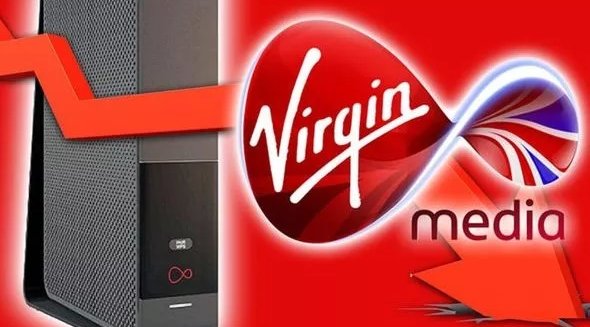 Virgin Media has reportedly gone down, leaving thousands without any internet service.

Virgin Media is down, according to the DownDetector website, with thousands of customers taking to social media to report problems- 60% of the problems reported are with Virgin broadband, with a further 27% reporting a ‘total blackout’.

It still remains unclear which areas were affected or exactly how many customers are unable to get online. Virgin Media recently merged with O2 and has rolled out gigabit broadband to over 10 million homes around the UK.

Some customers were quick to point out the inconvenience the downtime has caused for the thousands of remote workers who carry out their business from home.

“Hi [Virgin Media]. You’ve just cut the broadband in my area with no warning. Your automated helpline says you’re doing planned works and it will hopefully be back by 3 PM. Did we get a text so we could plan? Of course not. Remote working is still commonplace. This isn’t good enough,” wrote Rachel Cunliffe of the New Statesman.

Virgin customers are also claiming to be struggling to reach the Virgin customer service. One Twitter user, Carry On Again Dan, said that “trying to get hold of Virgin Media is like trying to fund Lord Lucan, riding Shergar! Bl**dy useless”

Virgin Media has responded to complaining customers on Twitter, saying that the loss of service is due to ‘planned maintenance’ and that full service will resume by 3PM.