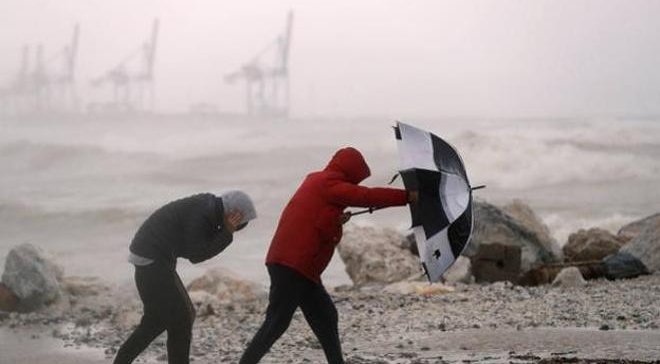 Aemet has issued a yellow warning for gale force 7 winds across Almería, Granada and the Straits of Gibraltar.
Aemet, Spain’s meteorological weather agency, has forecast very high winds today, Tuesday, September 21, across the areas of Almería, Granada and later in the afternoon, in the Straits of Gibraltar and the Cadiz coastline. According to the weather agency, there is also a 40% probability of rain across the region of Andalucia.


An Atlantic front caused instability yesterday in much of the north and east of the mainland, as well as in the Balearic Islands. Aemet also predicts that some of the rainfall could be strong and persistent in Catalonia today.
The agency has also issued rain and alerts, with forecasts of between 15 and 30mm of rainfall in one hour in Gerona, Barcelona, Tarragona, Valencia, Alicante, Albacete and Murcia. In addition, storms may be accompanied by hail in Valencia and Alicante. The coast of Gerona should expect rough seas with northerly force 7 winds and waves of between 2 to 3 metres expected.

Southern Valencia is also forecast for winds accompanied by heavy showers in some parts of the region as was Murcia on Monday night, September 20.
As Autumn is almost here, the weather is expected to change with temperatures dropping below 20 degrees C, with wind and rain a regular occurrence.