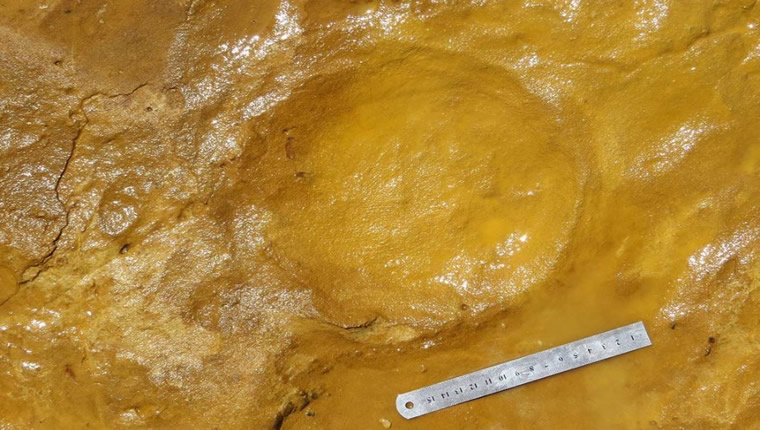 ARCHAEOLOGISTS working on Matalascañas beach in the Huelva province of Almonte have discovered fossilised elephant footprints dating back 100,000 years

Archaeologists were drawn to the Matalascañas Trampled Surface after a storm in 2020 swept away many metres of sand, which uncovered an amazing collection of sets of tracks found to belong to elephants, along with footprints of cattle, pigs, deer, water birds, wolves and even Neanderthals.

Matalascañas Trampled Surface is located in the Huelva province of Almonte, in southwestern Spain, and after researching the smooth oval-shaped prints, it was concluded that they belonged to calves and juvenile straight-tusked elephants (Palaeoloxodon antiquus), a species that was believed to have inhabited Western Asia and Europe, and dating back to around 100,00 years, during the middle to late Pleistocene epoch age, often referred to as the Ice Age.

According to a report in Science Live, by Mindy Weisberger, this find could suggest that the region was a giant nursery for elephants, and was described in Scientific Reports recently as giving an insight into how ancient elephants of that time had a system of parental care and social behaviour.

Writing in Science Alert, Carly Cassella explained that the straight-tusked elephant of this period is known to have stood at around 15ft tall, dwarfing its present-day equivalent, and scientists on the beach at Matalascañas conducted a series of tests including measuring the length and depth of hundreds of the footprints, which could then determine the weight and height of each mammal.

Each fossilised imprint was between 4 and 21 inches in diameter, and 14 of them were found to belong to baby elephants of less than two years of age, with the youngest determined to be two months old, which suggests they were part of a herd consisting three females over 15 years old, as well as eight others of between two and seven years of age, with six more aged between eight and fifteen.

A large male was also identified, who could have been as tall as 12 feet, and weighing upwards of 15,432 pounds, which the scientists say leads them to believe this region was used solely for reproduction, because modern-day elephants are matriarchal, with the male of the species leaving the herd once it reaches sexual maturity, returning only to mate, while the females group together and take care of their young, as reported by smithsonianmag.com.