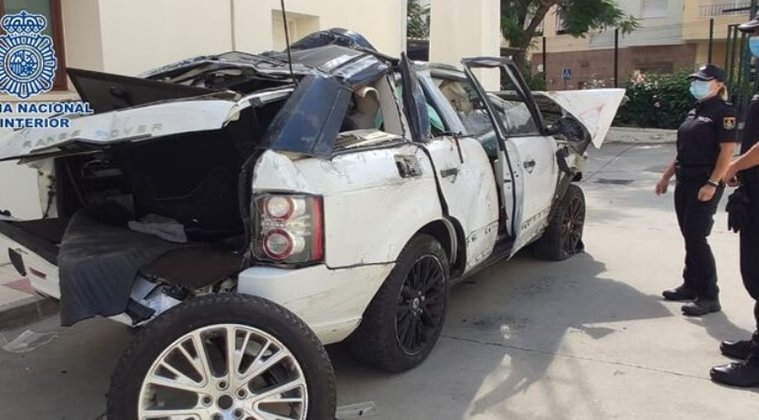 National Police officers in the Malaga province municipality of Estepona arrested a 27-year-old man on Monday, September 20, after he had been spotted speeding along the A-7 motorway in an SUV.

In a police statement, they reveal that the man was observed travelling at high speed in the SUV on a section of the A-7 that has a speed limit of 80kph, and when a police patrol gave chase and directed him to leave the motorway at the next exit – where he could be identified – the driver increased his speed and began to overtake all other vehicles on the road, both on his right and left-hand sides, presenting a clear danger to the other road users.

Finally, according to the police report, after reaching a speed of 180kph, the driver tried to leave the motorway at exit 153, where he lost control of his SUV, which resulted in the vehicle flipping over several times in the road, before coming to a halt.

The pursuing officers assisted the driver, who managed to get out of the smashed vehicle of his own accord, and he was treated there at the scene by medics who had been mobilised.
A search of the vehicle found that it had fake number plates, and had been ‘twinned’ with another identical vehicle with the same plates, and also, with some struggle due to the state of the vehicle after the crash, the officers, aided by firefighters, eventually managed to check the chassis number of the SUV, which when checked, was confirmed to belong to a vehicle that had been reported stolen in the Esplugas de Llobregat neighbourhood of Barcelona, as reported by malagahoy.es.