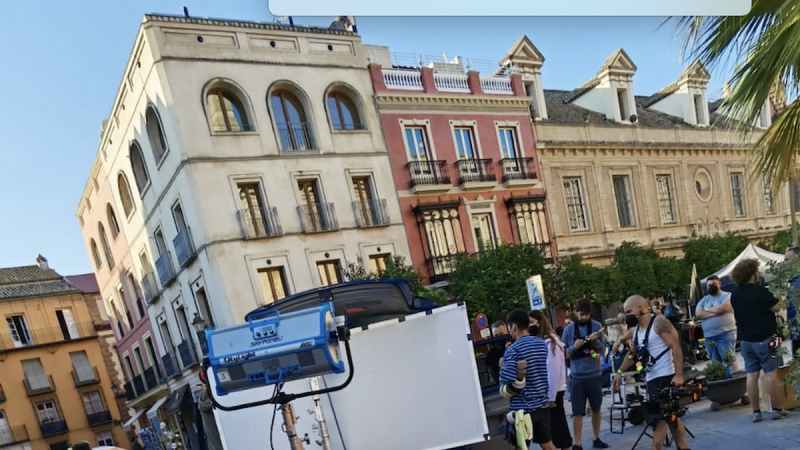 Netflix continue filming series in Sevilla that was banned in Turkey for including a gay character. image: Twitter

The filming of the series began at the end of July and until this week it was been possible to see the film crew deployed in the capital.

Scenes have been recorded scenes in Triana, in the Murillo Gardens, and in different streets across the city. In total, the film crew will spend almost a month in Sevilla where, previously, the Boomerang production company had searched for suitable locations.

This filming is especially important for Sevilla because of its commitment to LGTBI tourism and for its defence of gay rights.

The synopsis of If Only I Had Known revolves around a 30-year-old woman, starring actress Megan Montaner, who wants to explore new possibilities after her ten-year marriage came to an end.

After experiencing a supernatural event, she travels through time and takes the place of a younger woman, thus turning into a new version of herself- exploring other avenues of life. The script, written by the Turkish Ece Yörenç, has been adapted by Ay Yapim and Irma Correa.

The series is being described as a fiction fantasy, confirming Sevilla as a filming city that is committed to the industry. The reactivation of the sector in the Andalucian capital has come back in force, according to the latest figures.
There are already more than a hundred films waiting for municipal licenses, many only require interior sets and do not require authorisation or access to the public thoroughfare, these have already been processed by the Sevilla City Council.
Of these, there are 14 films, 13 documentaries, 8 short films and 15 TV programs, 21 commercials, and 5 series for TV platforms.