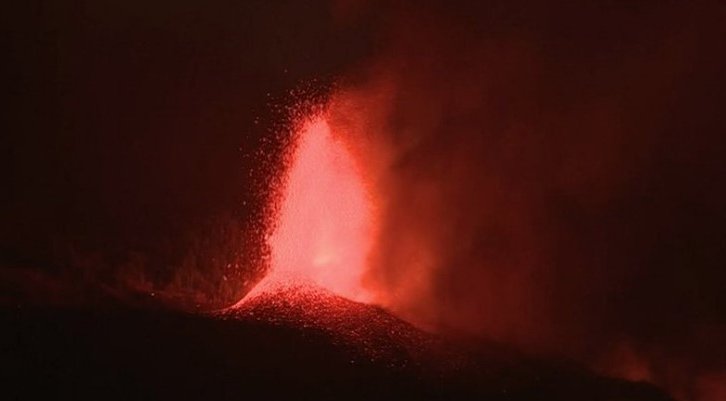 A NEW FISSURE has opened up on La Palma’s erupting Cumbre Vieja volcano, this time on the northern face

It has been reported from the Canary Island of La Palma that a new fissure has opened up in the body of the erupting Cumbre Vieja volcano, this time on the north-facing side, and at a lower level than the previous vents, leading to the precautionary evacuation of residents from the Tacande area, as well as the closure of the El Paso tunnel, this evening, Monday, September 20.

Tacande is a small municipality of just over 700 people, and it is not yet known exactly how many will be asked to leave their homes, but emergency services are on standby, with the volcano being monitored constantly by scientific technicians who report that the lava continues to flow out in both northern and southerly directions, from various fissures approximately 200 metres apart.

More than 5,500 people have already been evacuated from their homes since the volcano erupted on Sunday, either because their residences were in the direct path of the lava flow, or because they were in close proximity to the eruption.

Miguel Angel Morcuende, the director of Pevolca, said in his press conference late on Monday evening that the lava flows had slowed down, but stressed that this did not mean that the eruption has decreased its activity, but it will be confirmed in the next few hours if this reduction in speed is a trend or not.

According to technicians from the Canary Islands Volcanological Institute “the lava is quite slow”, and is not expected to reach the sea tonight, “and probably not tomorrow either”, but, as reported by the scientific bodies in charge of monitoring the behavior of the volcano, the lava flow is forecast to arrive on the coast of Tazacorte, possibly in Playa Nueva in the Los Guirres area, as reported by 20minutos.es.